Shashi Tharoor is a recognised Indian politician, writer and a former career international diplomat who is currently working as Member of Parliament, Lok Sabha from Thiruvananthapuram, Kerala, since 2009.

It is worth mentioning here that he was formerly Under-Secretary General of the United Nations and had also contested for the post of Secretary-General in the year 2006.

The Congress politician is one of the most acknowledged politicians in the country. He is highly admired for his impeccable knowledge about English. Meanwhile, there are a plethora of English coaching classes or institutes in India and they can go to any extent to promote their institution in the form of catchy advertisements or by distributing pamphlets to people.

One English speaking institute posted an advertisement on social media where it claimed that it will promise to make a person Shashi Tharoor just by teaching 50 words. For the unversed, the name of the institute is none other than KD Campus while Neetu Singh is the teacher.

Here’s the response by Shashi Tharoor:

It is impossible for anyone to become Shashi Tharoor just by learning 50 words. Shashi Tharoor has been reading books since childhood and has got a wide range of vocabulary.

Shashi Tharoor kick-started his political career in 2009 by joining the Indian National Congress and represented the party from Thiruvananthapuram, Kerala by clinching the Lok Sabha elections and becoming a member of parliament.

Last year, the Indian politician received the Sahitya Academy Award for his book ‘An Era of Darkness’ in a non-fiction category in English.

Talking about his achievements, while he pursuing his doctorate, he was awarded the Robert B. Stewart Prize for best student. Quite interestingly, he was also the first editor of the Fletcher Forum of International Affairs.

Even today, many are interested to know about his secret behind his rich and powerful vocabulary.

He is known for the knack of using advanced words in his interaction over social media. Sometimes, he uses words like ‘farrago’, ‘rodomontade’, ‘floccinaucinihilipilification’ and other words which made netizens refer to a dictionary. What is the real secret behind Tharoor’s vocabulary power? Shashi Tharoor revealed it.

Much to everyone’s surprise at the event, Tharoor said he “barely opened” dictionary in his life. “I’ll give you a very simple, old word – read – that’s the only way I have acquired the vocabulary. People think I am some sort of nut case who studies dictionaries all day long…I have barely opened dictionary in my life,” Tharoor added.

His response received tremendous applause from the audience.

“I have read extensively…I had some advantages over all of you…I lived in India without television, without computers, without playstation, without mobile phones… all I had were books,” Tharoor added.

The politician posted the video of his interaction on his official Twitter handle. The video clip was viewed more than two lakh times so far. 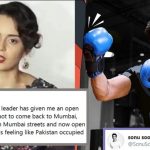 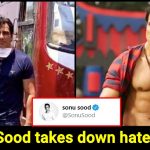