Over the years, several advertisements have sparked controversies in India, and this time, the brand which has irked the people is none other than popular jewellery label, Tanishq.

The ad showed a pregnant Hindu woman escorted by her Muslim mother-in-law to her baby shower ceremony. The woman then asks her mother-in-law that “this ceremony is not held at your home…”, to which the latter replies, “Isn’t it a tradition to keep daughters happy everywhere?”

There would have been massive outrage among the Muslim community if a Muslim girl was shown in Tanishq ad. Thousands of people would have come out on the road to protest against the Jewellery brand. Tanishq would have received a huge backlash if it had shown a Muslim girl as a daughter in law in the ad. Challenges are floating on social media that if any company has courage or pretensions to be secular, let them make an ad showing a Muslim girl married into a Hindu family.

This is not the first time that this happened. When such attempts were made in the past, angry Muslim mob set fire to cities.

The situation had gone from bad to worse that they had to be given a special screening of the film before its official release. Muslim leaders had alleged that the interfaith love story insulted the culture and religion of Muslims. The then general secretary of Raza Academy Ibrahim Tai had said that Muslims believe Hindu-Muslim marriage is ‘illegitimate’.

Self-proclaimed Atheist Javed Akhtar, who is known for false statements, had sided with the Muslim leaders who wanted certain changes in the film. “I believe that any film passed by the censors should be released. But Ratnam has abdicated his right by having his product censored by Thackeray. So, he might as well get it censored by some mullas,” he had said back then.

It was not only in Mumbai or Maharashtra where violent protests were seen against Mani Ratnam’s Bombay. Thane, Bhopal, Hubli, Meerut – the screening had to be stayed. A bomb was thrown on Mani Ratnam’s house in which he sustained severe injuries and he was rushed to the hospital. No one claimed responsibility, but police suspect a radical Muslim group, Al-Umah, which has attacked Hindu leaders in Madras. 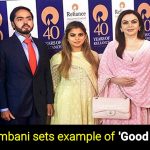 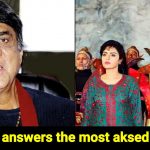