It is also believed that the Bhai of Bollywood has been involved in deliberately destroying many musicians and actors’ career. The Bhai of Bollywood is often known to shower his love on his co-stars giving them super expensive gifts. This time around, South Indian star Kichcha Sudeep received an expensive car worth around Rs 1.5 crore from Salman Khan who worked with him in Dabangg 3.

Along with the collage, he wrote, “Good always happens when u do good. @beingsalmankhan sir made me believe this line further when this surprise landed at home along with him. BMW M5…. a sweetest gesture. Thank u for the luv u have showered on me n my family sir. It was an honour to have worked with u n to have had u vist us (sic).”

Salman Khan gave some super luxurious gifts to his loved ones:-

Arpita is Salman Khan’s beloved sister. On the occasion of her wedding to Ayush, Salman Khan had gifted her a Rolls Royce car worth INR 3.5 crores.

They became very good friends on the sets and eventually Salman Khan gifted her a Lamborghini worth INR 90 lakhs on her wedding to Anand Ahuja.

Jacqueline has remained Salman’s co-star in many of his films. Their budding friendship since the release of ‘Kick’ has been the talk of the B-Town. According to sources, Salman Khan has gifted her a painting worth 2.5 crores. 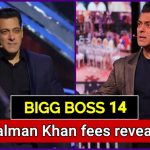 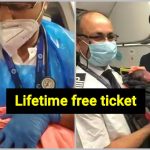