Sapna Chaudhary started dancing for ₹3100 for entire Night, today her net worth will shock you - The Youth

Famous Haryanvi dancer, singer, actor and former Big Boss participant Sapna Chaudhary needs no introduction today. But, there was a time when she was struggling in the initial days of her career. What Sapna Choudhary has achieved by hard work is not everyone’s cup of tea.

Thousands of people gather to watch her show whenever Sapna performs, but the crowd becomes uncontrollable after watching her dance. Every time fans start hooting and she has to appeal to the public to maintain calm. She always remains in the headlines with dance performance.

Sapna Choudhary attracted much attention when she participated in Bigg Boss season 11. She won the hearts of people with her outspokenness and dancing skills. After she came out of the controversial house, Sapna Chaudhary kept ruling the headlines for her videos.

In the past, there were reports that claimed that Sapna Chaudhary got married and now another news has blown everyone’s senses. News is becoming increasingly viral that Sapna has become a mother. Sapna Chaudhary gave birth to a baby boy on October 4.

Sapna tied the knot with longtime boyfriend Veer Sahu in January this year. Her husband shared the news on Facebook. Since the news came, people and fans have been waiting to get a glimpse of her baby.

It is said that due to poverty, Sapna had to mortgage her house too. According to a report, in the initial days of her career, she used to do dance shows of just Rs 3100. Today, she is the owner of crores of property.

Sapna Chaudhary was born on 25 September 1990 in Rohtak, Haryana. She is not only a great dancer but also a good singer and actor. Her journey started with dance on Haryanvi songs and entered the Bigg Boss house as a guest. Sapna Chaudhary charges around Rs 2-3 lakh for a stage show. Accordingly, she earns crores of rupees in a program of 22 to 25 days a month. However, her fees have not been confirmed but this is the assessment of the people. She was earlier in the news for attempting to committing suicide.

According to media reports, Sapna Chaudhary lives in a bungalow worth crores of rupees in Najafgarh, Delhi. Talking about her vehicles, she is is an owner of many luxury cars like Audi and Fortuner. Sapna goes with a bouncer wherever she goes. According to the figures of a website, Sapna Chaudhary has a net worth of around 15 crores.

Now she has been doing stage shows all across the country. Not only this, Sapna has done many films as well along with many popular songs on YouTube. 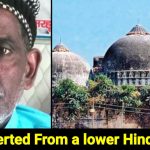 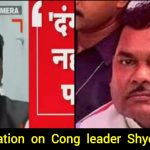