The whole nation shocked by the heinous rape and murder of a 20-year-old girl in Hathras, UP. The victim was gang-raped and tortured by four men in Uttar Pradesh’s Hathras two weeks ago.

The woman had endured several fractures, her spinal cord was found broken which resulted in paralysis and her tongue was cut off. The incident has shaken the nation to the backbone, condemning UP for the sharp rise in rape-related crimes in the recent past.

A huge crowd came out on the road to protest against the administration after UP police deliberately cremated the victim’s body without the family’s permission. Reports say that the family was locked in their home when the police were taking away the body.

Meanwhile, BJP slammed the Congress over a video clip that has gone viral on social media. In the video, Rahul and Priyanka Gandhi can be seen laughing while on their way to Hathras to meet the gang-rape victim’s family.

The video, which is doing the rounds on social media, shows the siblings heading towards Hathras to meet the family of the gang-rape victim. In the video, the duo can be seen sitting in front of the car and great laughter can be heard in the video that is going viral on the internet.

Rahul-Priyanka laughing on their way to Hathras shows lack of empathy, said BJP spokesperson Gaurav Bhatia. The siblings are being criticised a lot for their callousness. People trolled them how they are laughing and having fun while visiting the family of the bereaved.

The BJP’s statement comes after the UP administration allowed five members of a delegation of MPs led by Rahul Gandhi to go to Hathras via Noida considering the restrictions imposed under CrPC Section 144.

The laughter of the siblings has raised several questions about the intentions of the duo in visiting the family. Earlier today, Union Minister Smriti Irani had termed Rahul Gandhi’s visit to Hathras today a political gimmick with no intention of seeking justice for the victim’s family.

Talking to media Irani said, “People are aware of Congress’s tactics and that is why they ensured a historic win for BJP in 2019 polls. People understand that their (Rahul and Priyanka Gandhi) visit to Hathras is for their politics and not for justice to the victim.” 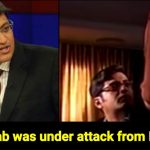 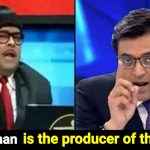