Radheshyam Mishra fell seriously ill at the age of 23. The doctors told him that he would not be able to survive more than 3-4 months. Meanwhile, on the advice of a sage Krishna Chaitanya, he started performing yoga which changed his life.

He was suffering from asthma. In the beginning, he studied Hatha Yoga under the guidance of Swami Krishna Chaitanya. the monk for a few weeks. His weight increased by 6 kg. After which he did hard work and he eventually defeated asthma.

He then reached The Yoga Institute in Mumbai in 1993–94 and studied there for 2 years. After this, he got a job at Vikram University. However, he continued to teach yoga part time during this period. In 2009, he quit his job and became a full-time yoga teacher.

In his initial years, he taught Yoga in many schools, hospitals, Police groups and in a short span of time he became a renowned International Yoga teacher. He established the YogaLife Society at Ujjain in Madhya Pradesh, India, in 2007.

Pt Mishra always desires to give back to society and thus made remarkable contributions to the world. He has established a Yoga training and research center in Ujjain. Pt. Mishra has received numerous awards in the field of Yoga and is an active member of International Board of Yoga.

Along with him, his wife Sunita and both daughters have also become yoga teachers. They also teach yoga at their own level. People from abroad come to learn yoga. He started Yoga Life Society centers in 22 countries where 336 centers are running. 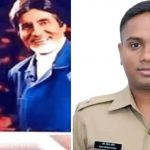 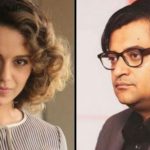