The NCB has not found any evidence against the four actresses so far in their drug-related investigation in connection with the Sushant Singh Rajput death case. The female actors were questioned for a few hours by NCB. All of their cell phones were also seized by the federal anti-narcotics agency. However, nothing concrete has so far come out of the probe, said the NCB official.

During their interrogation with the NCB officials, the actresses denied substance abuse and had reportedly said “they don’t even smoke cigarettes”. These actresses also denied having any information on Sushant Singh Rajput’s drug habits.

Earlier, NCB issued summons to actresses Deepika Padukone, Sara Ali Khan, and Shraddha Kapoor. NCB officials asked Padukone and Prakash the same set of questions in separate rooms. “We were satisfied as both corroborated the codes,” said an official. NCB was questioning the duo over their 2017 WhatsApp chats where they had discussed certain code words and it was assumed they were discussing drugs.

Actor Sara Ali Khan has reportedly admitted to NCB that she has dated the late actor Sushant Singh Rajput and it was a short relationship. She even stated that he was not faithful to her in the brief relationship that they have shared. 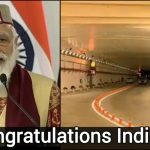 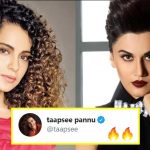