In another heartbreaking incident, two minor girls, aged 13 and 15, from Baran in Rajasthan, were allegedly raped for three days. It has been reported that the two sisters were taken to Kota, Jaipur and Ajmer and were raped for 3 days.

Girls have reportedly revealed on camera that the two boys had abducted them, drugged them and raped for days. Despite their statement, Rajasthan CM and Congress senior leader Ashok Gehlot made an irresponsible statement, claiming that the minor girls were not ‘forced’. He claims that they went with the boys on their own free will. The Rajasthan CM took to Twitter to state that the girls have themselves admitted in front of the magistrate in their CrPC section 164 statement that they were not forced by the boys, who he claims were also minors.

He said that the girls are being treated and the investigation is underway. According to reports, the Rajasthan police has also denied allegations of gang-rape. A cop has reportedly said that the girls denied the rape allegation in their statement. However, the family of the victims has alleged that they were threatened not to file a complaint against the accused.

The Father of the victims filed a rape complaint, demanding justice for his daughters. It has been reported that when the girls tried to tell police officers everything about the incident, the accused had allegedly threatened to kill them in front of the police.

The father of the minor girls told police that the two accused, also minors, lured his daughters on the night of September 18 to leave the district with them. They were then taken to Kota and Jaipur where they were raped by the two minor boys and three others for three consecutive days, the father alleged. The two girls were found in Kota on 21st September.

While CM Ashok Gehlot made a shameful statement, stating that the minor girls were not raped and they went with the boys on their own free will, the two admitted on camera that they were drugged and gang-raped. 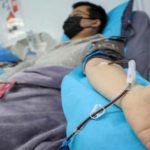 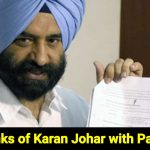