Indian Army Soldier’s last Letter: War has broken out I am leaving. May not come back. Living on your own, take care of the family. Never expect anything from anyone. Look after the son and parents. These were the last words of martyr Lance Naik Ratan Singh to his wife. The martyr’s granddaughter Khushi listened to her grandmother Lilavati. Khushi, a Class 11 student, has been hearing stories of her grandfather’s courage and grandmother’s struggle since childhood. Inspired by Dada’s bravery, she also wants to become an officer in the army and has already started preparing for it. Lance Naik Ratan Singh lost his life at the age of 25 while fighting valiantly for the country in the 1971 war with Pakistan. At that time Lilavati was 22 years old and her son Sanjay was only one and a half years old.

Lilavati says that her husband had fought the wars of 1962 and 1965, however, he was martyred in the war of Pakistan in 1971. He sacrificed his life for the sake of the nation. She told that her husband was on leave and he was about to take her along with him. But he got a message that the war had begun and he had to leave immediately from home. Ratan Singh told his wife to take care of the parents and the son. Always live on your own. It was the last day when martyr Nayak Ratan Singh spoke to his wife Lilavati and thereafter he never met his wife.

Could not attend her husband’s last rites:

Lilavati says that so many soldiers were martyred in the war that no one’s body was brought home nor did the body of martyr Ratan Singh come home. Only a box came to the village that included his uniform.

During this time, the village was affected by floods due to heavy rain. She had left for town to earn money. When she returned to the village, she saw the box was filled with water. Due to which, everything was spoiled.

Khushi gets motivated by her grandmother’s story. Leelavati says that her son Sanjay was only one and a half years old when Ratan Singh died. After his demise, the entire responsibility fell on her shoulders. She then decided to move to another city in order to earn money, but she was unable to carry her son along with her. So she left the son in the army hostel and went to Punjab for work. Lilavati said that she left home for the first time for work alone. She cried all the way on the train. After one year, she came back to the hostel to meet her son.

She made her son bath, fed him food and then went to Punjab while her son was sleeping. The son had forgotten her when she came to meet him for the second time. During this time, she got a job in a company, so she took her son along with her and started doing job.

Lilavati says that when her son Sanjay grew up, he used to ask about his father, then she would say that if he gets good marks in high school, his father will come to meet him. After passing high school, the son again asked about his father. Lilavati said to her son, your father is no more. I am your mother and father. I will bring whatever you want. In view of his mother’s circumstances, her son worked very hard and became a customs officer. The family of martyred Ratan Singh lives in Vivekananda Nagar.

Khushi, daughter of Lance Naik Ratan Singh, is a Class 11 student at St. Mary’s School. Since childhood, she has been hearing stories of her grandfather from her grandmother. After being inspired by the story, she also wants to become an officer in the army. For this, she has started preparing for a competitive examination along with her school. She is also preparing for the Army Fitness Test regularly. 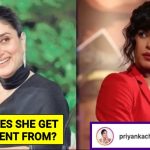 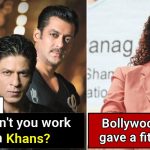