In a shameful incident, a 47-year-old Argentinian legislator named Juan Emilio Ameri was caught kissing his girlfriend’s bare breast during a Parliamentary session. Soon, the video went viral on social media like wildfire.

He is a representative from Salta and belongs to the Peronist party in Argentina. After the video went viral, the disgraced MP resigned from the parliament. In the video, Ameri was seen kissing and fondling his girlfriend’s boob during a parliamentary Zoom meeting.

Juan Emilio Ameri is a legislator in Argentina’s Lower House of congress.

In the said video, the legislator’s girlfriend could be seen sitting on his lap while he snuggled on her breasts. He then pulled down her blacktop and began kissing her bare breasts. The incident took place on Friday and was streamed live on the official Youtube channel of the Argentinian government. The contentious video has now gone viral on social media.

If sources are to be believed that Juan Emilio Ameri, a legislator in Argentina’s Lower House of congress, made her girlfriend sit on his thigh and snuggled on her breasts. He then pulled down her blacktop and began kissing her bare breasts.

The shocking incident took place on Friday and was streamed live on the official Youtube channel of the Argentinian government. The contentious video is going viral on social media.

Congress sessions in Argentina were held via Zoom during the coronavirus pandemic. While few lawmakers made their physical presence in the parliament, most of them participated in the debates via video conferencing.

In his defence, Ameri said that he thought that the session had ended and the camera was off. He said that he wanted to check out his girlfriend’s implants as she had recently performed a breast augmentation surgery. He stated, “I have a terrible [internet] connection at home. Let’s see how the implants look, I told her. Look, this one’s down more, this one’s down less, let’s look at the scars, and she was beside me and I kissed her tits, and that was all.”

While he had initially pleaded to be suspended, Ameri later resigned on his own. The Congress had also accepted his resignation. In a statement condemning the incident, the Lower House of the Parliament noted, “We cannot allow irresponsibility of this magnitude, so we will guarantee that all the rules are applied so that he is sanctioned in the appropriate way according to the seriousness of his acts.” 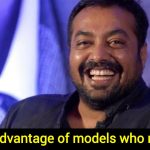 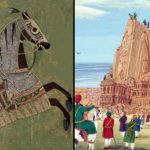