Alia Bhatt failed as a student in her school days. In fact, she was never a good student and was not interested in studies. She never studied well and always got poor marks in exams. She was a below average student. She did her schooling from the Jamnabai Narsee School. However, she was more interested in sports.

Alia didn’t get into college as she always wanted to be a Bollywood actress. She got a chance to act after completing her school. In fact, it was Karan Johar who gave her a chance to make a Bollywood debut with Student of The Year

Alia Bhatt’s love life has been controversial. If reports doing the rounds are to be believed, she had her first boy friend when she was in her 10th standard. Their relationship didn’t last long as it went on for over two years.

Dark side of Ranbir Kapoor

The son of actors Rishi Kapoor and Neetu Kapoor, and the grandson of actor-director Raj Kapoor, Ranbir Kapoor is considered as one of the critically acclaimed actors of Bollywood. After massive performances in Rockstar and Sanju, Ranbir has not only won six major Filmfare awards but also, has continued appearing on the Forbes India since 2012.

However, the glamourous Bollywood industry isn’t what it seems, and the same goes with Ranbir Kapoor as well. He might be one of the most versatile actors of Indian cinema, but he too has witnessed ups and downs in his life.

Besides that, he also has a dirty and dark side as well. Here are some facts that his fans didn’t know about Ranbir Kapoor.

Ranbir was addicted to alcohol and drugs since the age of 15, just like his father Rishi Kapoor. He is a chain smoker and loves drinking at every Bollywood party. He was reportedly ‘sloshed’ at the sets of Rockstar. His mother Neetu, even had admitted him to rehab in Austria!

Ranbir has a problem with commitment

From Deepika Padukone to Sonam Kapoor to Katrina Kaif, Ranbir has stayed on and off in relationships. He was also allegedly in a live-in relationship with Katrina Kaif and both of them had plans for marriage. However, he broke up and moved on to Alia Bhatt.

Ranbir is a Mamma’s boy

Ranbir has said in an interview that he is very close to his mother Neetu. He obeys all her commands and even going to marry the woman his mother approves up. He has also said that he wouldn’t think twice before dumping anybody if his mother has asked him so.

Ranbir has stated that he didn’t enjoy his late father’s company as much as with his mother. Rishi Kapoor was never a good and supportive father to Ranbir. Rishi was an alcoholic and had a bad temper. Rishi was also reported to have affairs with women while he was still married to Neetu which badly affected his childhood.

Ranbir Kapoor is known to be a flashy playboy. He has dated several beautiful actresses of Bollywood. If reports doing the rounds are to be believed then, he is more interested in married women.

Shockingly, he has many secret affairs with married women in Bollywood. In fact, everyone in the Bollywood industry knows he is a ‘playboy’. He is someone who is often interested in changing his girlfriend frequently.

He broke up with Deepika Padukone for Katrina Kaif and started dating her. After some time, he also broke up with Katrina. Currently, he is dating Alia Bhatt. 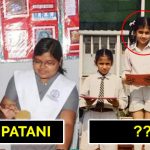 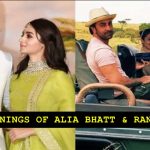