Brett Lee is a former Australian international cricketer, who represented the country across formats. During his heydays, Brett Lee was acknowledged as one of the fastest pacers in the cricketing world. He is known for the knack of bowling terrific balls at a brisk pace and has often reaped rewards with the style of bowling. His fastest delivery was clocked at 161.1 km/h.

Considered one of the most successful bowlers for the Australian national cricket team, Brett Lee has taken 718 wickets in his international career. In January 2015, the Australian has announced his retirement from all forms of the game. Since then, he found work as a film actor and also as a Fox Sports commentator. He is also currently working as a cricket analyst for the ongoing Indian Premier League.

Despite being an Australian, Brett Lee is admired by scores of people in India. Fans from India have accepted him as part of their own and Brett Lee said that he always feel so welcomed in India. Brett Lee loves India from the bottom of his heart and it is because of the culture and people. The former Australian cricketer has been closely linked with philanthropic efforts in India.

“Every time I come to India, I feel like I am a part of this beautiful country. I feel so welcomed. India has accepted me as part of its own, which I am so humble and so grateful for.”

Brett Lee loves coming to India. Every now and then, he visits interesting places in the country. Earlier, he paid a visit to the iconic Sikh Golden Temple in Amritsar where he was seen in ‘Sikh Avatar’ performing ‘Seva’ means ‘selfless service’ that grabbed the attention of the people. He was there to attend an event as a brand ambassador for the Cochlear’s Global Hearing initiative.

According to him, India and its people looked after him like a son and have always welcomed him with open arms. This is just enough to say that India is Brett Lee’s second home after Australia. The former pacer offered free food as a part of the communal vegetarian meal, known as ‘langar’ and then performed the selfless service.

This is not the first time that Brett Lee is picking up the essence of Punjabi culture. When he was part of Kings XI Punjab team, he came to learn a lot of things associated with this culture. In an attempt to make his voice heard for those suffering from hearing loss across India, Lee encouraged the Indian government to make ‘hearing screening’ for newborn babies compulsory.

He is deeply connected with the cause because his son Preston suffered from a temporary hearing loss due to an unfortunate bad fall at the age of 5. Because of this reason, he lost most of his hearing in the right ear. This is why Brett Lee has been raising awareness. While supporting the cause, Brett Lee said hearing loss is cured when early identification and intervention can give rise to normal life for children with hearing loss. 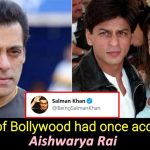 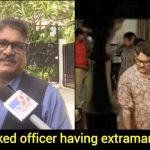