YouTube has often acted as the best platform for people to deliver their views and opinions. A decade ago, there were hardly any YouTuber in India but now, the number has been increasing rapidly. Today, YouTube is the most viewed video-sharing platform in India.

Now, in this article, we will talk about India’s top three YouTubers and their controversial life and also have a glimpse at their net worth.

His unique writing skill and originality earned him name and fame. He keeps himself from any controversy and has never gotten into a serious controversial situation.

It has been reported that Bam is single. You will be surprised to know Bhuvan Bam’s net worth. As per media reports of the year 2020, BB’s net worth is around $2.8 million.

Ashish hasn’t been into any controversies lately. Ashish Chanchlani was 18-year old when he landed himself in controversy by calling India’s greatest cricketer MS Dhoni an overrated. However, his statement did not go down well with Dhoni’s fans and he was trolled. Later, he took to Twitter and apologised saying that he was not mature at that time.

Ashish has kept his personal life private from his audience and fans, thus we’re still in dark about his love life. Ashish’s net worth according to media reports 2020 is whooping $2.0 million.

CarryMinati is a proud owner of the YouTube diamond play button. CarryMinati was in the news this year for his ‘YouTube Vs TikTok’ video, which went viral on the internet and broke many records.

He is known as CarryMinati and his original name is Ajey Nagar. The life story of YouTuber CarryMinati is interested as he started making videos when he was just 8 years old as this had been his passion since he was a small kid.

Currently, Ajey’s relationship status appears to be single with no affairs, although he isn’t all public about it. According to 2020 media reports, Ajey’s net worth is $3.8 million. 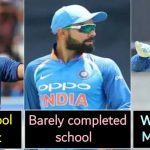 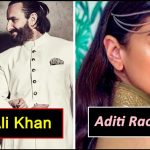