Who said Bollywood doesn’t have royalty? Most of the celebrities are well and chic, however, there are very few who are related to royal families. Yes, Royal families in Bollywood do exist! And so do these actors coming from these royal families who not only dress up like gentlemen in the suit but also are quite sophisticated and live magnificently.

Here we present you a list of actors who are related to the Royals.

Cocktail actor, Saif Ali Khan has won the audience’s hearts with his humour and performance, ever since the release popular Netflix of sacred games. He has been in the Bollywood industry for so many years and established himself as one of the biggest achievers as an actor. Nevertheless very few know, that his mother, Sharmila was married to the nawab of Pataudi, Mansoor Ali Khan and saif is the descendant of the Pataudi royal family.

The beautiful actress, Aditi Rao Hydari made her debut in Bollywood with Delhi 6 and has worked in the Hindi, Tamil, and Malayalam film industry. Not many of her fans know that she is the great-granddaughter of colonial Hyderabad’s former prime minister Akbar Hydari.

Manisha Koirala is one of the famous actors of the late Bollywood Era and set foot in the industry with her first film Gupt: The hidden truth. She belongs to the prestigious Koirala family from Nepal and is the granddaughter of Nepal’s 22nd Prime Minister, Bisweshwar Prasad Koirala.

Irrfan Khan was a recognized actor all over the world. He has not only been a part of Bollywood but has also acclaimed Hollywood by his acting skills. The late actor was a descendant of a Muslim Pashtun family back in Rajasthan. His mother Begum Khan was related to the Tonk Hakim family. 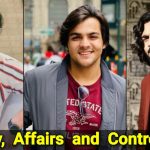 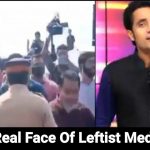