Priyanka and Nick are among the most loved couples across the world. Their love story has not only broken stereotypes of Indian-English marriage but also the social stigma surrounding age gaps between spouses.

Last year on Nick’s birthday, Miley Cyrus took to her Instagram handle page and shared an old conversation where she has sent a picture of hers and her sister wearing a Jonas Brothers fan T-shirts.

She captioned it ‘that moment when even your ex knows your socials have been (lit)’ where Nick can be seen replying to the message, ‘These throwbacks shots have been (lit)’. Interestingly the post grabs Priyanka’s attention to which she replied ‘lol. hahaha, hubby is right. these posts are (lit).’

It is no new news that Miley and Nick have dated before when they both were a part of Disney. in Miley’s autobiography, she has also opened up about her break up. she wrote, ‘Prince Charming and I broke up on December 19, 2007. The hardest day ever. My life felt like it had ground to a halt, but the rest of the world kept right on rolling. I was on tour. People were counting on me, but my head — no, my heart — was dizzy’

Seems like Priyanka is the typical Indian jealous wife and does not mind showing somebody their place! 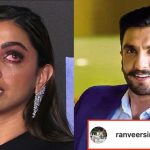 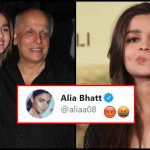