The global Covid-19 pandemic unexpectedly entered our lives and put everything to a halt. The pandemic has left a huge impact on the lives of almost everyone, bringing a flood of tension and worries followed by negative thoughts and piles of boredom.

But Dhani Ram Saggu from Punjab took it as a challenge to handle this situation with determination and positivity thereby taking advantage of the lockdown. Punjab man’s stunning wooden cycle is going viral for all the right reasons.

The 40-year-old Zirapkpur-based carpenter has made a wooden cycle during lockdown to support Prime Minister Narendra Modi’s call for ”Atmanirbhar Bharat (self-reliant India)”.

Saggu was among those who lost their jobs after the lockdown was imposed in March. An innovative idea came to his mind and he then implemented that idea that gave rise to a new evolution. During the lockdown, Saggu decided to make a cycle using wood rather than going into depression.

For Saggu necessity was the mother of invention, he says, “I always wanted a cycle but our finances were such that we could not afford one. Therefore, I decided to make one for myself.” He sold eight cycles between July 27 to August 30 and five more are in the works.

Saggu’s innovative idea of building a wooden cycle has created a buzz and he has received orders from all over the world including South Africa, Canada, Jalandhar and Delhi. “Hard work always pays and changes one’s fortune,” says Saggu, who received a call from Hero Cycles managing director Pankaj Munjal congratulating him.

He started by preparing drawings and then carved one cycle using plywood but the cycle was heavy. He then improvised the cycle with the help of Rakesh Singh, a cycling enthusiast and an administrative officer at PGIMER.

The second piece that he crafted was made of Kail wood sourced from Canada. One of his neighbours gave it to him. While the current model of the cycle weighs somewhere around 20-22 kg, Saggu is still trying to improvise. 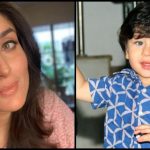 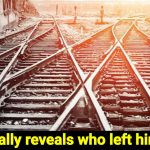