India’s big-hitting all-rounder Hardik Pandya carved out a reputation for himself ever since he broke into the Indian national cricket team. The real story of a 26-year-old’s rise to fame is one that needs to be told.

Hardik Pandya hogged the limelight when he occupied the 32nd spot in the released list of Forbes’100 most rich celebrities in India. In fact, he is way ahead of big names like Karan Johar and Shahid Kapoor. As per Forbes, Pandya earned a massive fortune of Rs 24.87 crores in the year 2019.

However, not many are aware of Hardik Pandya’s struggles in domestic cricket when he and his elder brother, Krunal, were trying to make a mark for themselves in the game of cricket. Hardik Pandya opened up that he came from a well-off family and used to be rich during his childhood days but then the family lost almost everything they had.

“I always had this thing in my mind (wondering) how can I succeed in life. Because we used to be really rich, from a well to do family. And from having that, to struggling for Rs 10 – it was disappointing for me…because I had money when I was small so I never thought that when I’m older I’d have to struggle so much.

“No one knows that we’ve struggled for 3 years for every penny. Even saving Rs 5-10 was a big trouble for us. I still remember before the IPL, we had won the Syed Mushtaq Ali trophy and got Rs 70,000 each. Me and Krunal said to ourselves that at least we’ll get by for a while,” Pandya said on Gaurav Kapoor’s show Breakfast with Champions.

“During U-19 days, my diet would be Maggi, both in the morning and evening. I was a big fan of Maggi and the situation was also like that. It was difficult to maintain a diet, financially it was a problem. Now I can eat whatever I want, but that time there were many problems in the family, especially financial issues,” Hardik was quoted as saying.

Pandya struggled a lot in his early days, he would not even have money to buy a bus ticket. Today, he enjoys a lavish lifestyle, but once he couldn’t afford a bus ticket. He also revealed how he and his brother hid their car for almost two years as they did not have money to pay the EMIs on time. “A lot of people are not aware of this. We had bought a car but there were no savings. Wherever Krunal and I would go to play matches, we would go in the car. We had to take cricket kit from Baroda Cricket Association (BCA) for one year. I was 17 and Krunal was, I guess, around 19. A lot of people questioned, ‘they are coming in a car but cannot afford a cricket kit?’,” he said.

On the other hand, his father’s health was a major concern in the family. His father got more than one heart attacks but the family was fortunate to take him to the hospital on time. The family had no savings as their income was used up to pay the EMIs.

“My father was the only earning person at home. He suffered a heart attack — not one but two and that too within one night. He almost got another attack six months later, but we were glad we reached the hospital in time. The financial problems started at that time … we had no savings and perhaps we spent more than what we earned”.

Hardik Pandya did a sensational job when he first broke into the Indian team. and right after his maiden Test hundred in August, Hardik bought e red Jeep Compass for his father. From hiding his car from bank officials to a stunning gift for his father, the young all-rounder sure has come a long way to touch the pinnacle of success.

The big-hitting all-rounder, who was part of the Mumbai Indians franchise, was retained by the franchise in 2019 for a whopping amount of 11 crore rupees. He was initially bought for just 10 lakh rupees in 2015 and then he enjoyed an instant increase in income in just 5 years. 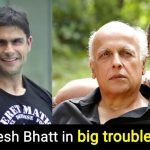 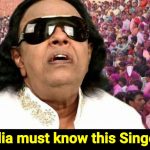