In a significant decision, the Indian government has banned as many as 118 Chinese applications including PUBG. The decision came as a  shock to Chinese technology mammoth Tencent which lost nearly $34 billion (HK$ 261.05) its market value.

The Apps have been completely banned in mobile and non-mobile Internet-enabled devices. Notably, India is PUBG Mobile’s biggest market. Though PUBG was created by a South Korean gaming company, Tencent, one of China’s biggest gaming company, brought its mobile version.

Meanwhile, South Korea-based PUBG Corporation made an announcement that it has distanced itself from Chinese firm Tencent that was distributing the mobile version of the game.

The company’s announcement came a week after India banned 118 more Chinese Apps including the highest-ever rated app PUBG. In a blog post, the South Korean parent company said it “understands and respects the measures taken by the government as the privacy and security of player data is a top priority for the company”. The company said it will work with the Indian government to resolve the matter.

With the most recent move, PUBG will at present be exclusively overseen by PUBG Corporation which is a South Korean affiliation. The announcement attracted a range of reactions from Indian netizens on social media. Former PUBG players were excited, and hoped this might lead to the return of their favourite game.

However, former TikTok users are still disappointed as the popular video app continues to remain banned. Some also poked fun at Indian game FAU-G, that is being marketed as an alternative to PUBG, and said their business may be doomed before taking off.

Here are some reactions from netizens:

In addition to PUBG Mobile, other Tencent mobile apps like Chess Run, Arena of Valor and Ludo World have also been mentioned among the list of banned Chinese apps. 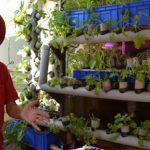 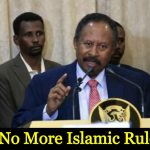