After the violent clash between India and China in eastern Ladakh’s Galwan Valley, tension rose between the two countries over the Line of Actual Control (LAC). The violent clash took place on 15 June 2020 in which at least 20 Indian soldiers, including a colonel, were martyred.

Following the violent clash, two powerful countries in Asia are engaged in increasing the deployment of troops along the LAC border. Meanwhile, China took “provocative action” even as the talks were already going on between the two-nation to de-escalate matters on the Line of Actual Control.

It has been reported that the Chinese PLA wanted to capture an important peak ‘black top’ so as to monitor the Indian posts and their activities near the dormant height.

The black top is in the southern part of Pangong Lake. Reports stated that the Indian Army thwarted the Chinese PLA’s attempt to capture the important peak after an intense face-off on the night of August 28-29 there and occupied the dormant height within its territory.

It is being told that the Chinese Army had installed cameras and surveillance systems all along the Line of Actual Control (LAC) in order to monitor Indian activities. As soon as the Indian army got to know about China’s mischievous acts, they removed the camera and all equipment from there. It is said that India had lost this region to China in the 1962 war, now the Indian army has captured it back after 57 years.

China has been claiming that the height belongs to them and wanted to capture it to get into an advantageous position all along the southern bank of Pangong lake area and the nearby Spangur Gap, an open territory where Chinese armoured regiments were deployed.

“Yesterday, on 31st August, even as the ground commanders of the two sides were in discussions to de-escalate the situation, the Chinese troops again engaged in provocative action. Due to the timely defensive action, the Indian side was able to prevent these attempts to unilaterally alter the status quo,” MEA spokesperson Anurag Srivastava said in a statement Tuesday.

Meanwhile, India has banned another 118 Chinese apps including PUBG. The Spokesperson of the Chinese Embassy in India by the name of Ji Rong labelled the ban by the Indian government as ‘discriminatory’.

Following the Chinese attempt, India has made heavy deployment of troops and tank regiments in the area to counter any misadventure by the People’s Liberation Army (PLA) there.

“We have done a very heavy deployment of troops and tanks in the DBO and Depsang plains area including the T-90 regiments which are part of an armoured division,” government sources told ANI.

According to sources, the Indian Air Force (IAF) has also been told to enhance its surveillance on increasing Chinese air activities along the LAC in eastern Ladakh. 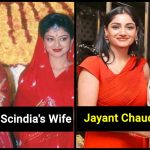 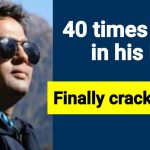