Meanwhile, Ambani’s Reliance Retail on Saturday acquired Future Group for Rs 24,713 crore. In the Future Group, thousands of people’s livelihoods were involved in businesses like Big Bazaar, Easyday. Apart from this, the supply chain of Kishore Biyani’s retail business also has indirectly employed thousands of people. In the event of not being able to repay the loan, the possibility of a lock on the company was getting deeper by the day.

Kishore Biyani commenced the retail business at the age of 26. He opened his first store and named it Pantaloons. Kishore then expanded his business by opening more branches of it and was named ‘The God Father of the Retail Sector.’

Nobody would have imagined that this successful retail organization group “Future Group” would find itself in a huge debt. The company was defaulting on payments and was not able to meet the interest amounts on its loans either. The debt crisis at Future Group was so severe that it could be understood that the company had to pay 100 crore interest on foreign bonds, which the company could repay on the last day of the grace period.

The COVID-19 pandemic then forced many businesses to close, leading to an unprecedented disruption of commerce in most industry sectors. Retailers and brands faced many short-term challenges, such as those related to health and safety, the supply chain, the workforce, cash flow, consumer demand, sales, and marketing.

Future Group has about 1650 stores. All of their employees were worried about losing their jobs due to the company’s affected financial status. But Reliance Retail Ventures Limited came to the rescue and saved everyone.

Future Group has other brands as well, such as Big Bazaar. So when Isha Ambani was asked if these brands would be renamed and there would be a change in their environment, Isha said, “We will be happy to preserve the Future Group’s well-known brands as well as its commercial eco-system. It will play an important role in the development of modern retail in India. We hope that with the participation of merchants, grocery stores, and large consumer brands, the pace of growth will continue in the retail sector, we are committed to providing better value to our consumers across the country. “

For urban consumers, Big Bazaar has been the hub of everyday supply. The professional attitude of Reliance Retail can be seen in a series like Big Bazaar, but after Isha Ambani’s statement, certainly, Reliance is not going to rebrand Big Bazaar, so nothing will change for consumers in Big Bazaar. 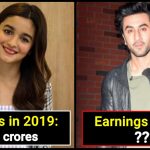 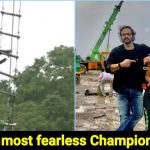