Bollywood promising actor Sushant Singh Rajput is no more with us. His untimely demise left everyone in a state of shock across the country. He was a well-known actor, dancer, entrepreneur, and philanthropist, majorly known for his commercially successful films like MS Dhoni and Chicchore.

Meanwhile, the man who had broken the locked door of Sushant Singh’s bedroom has made a big revelation. He gave a statement in media about what all had happened on June 14.

According to an interview taken by India Today, the locksmith was called around 1:05 pm by Sidharth Pithani saying that someone is sleeping inside and is not responding. Rafique Shaikh, the locksmith asked Pithani to send him a picture of the lock on Whatsapp first.

He sent me a picture of lock saying this is the type, I asked him to resend the picture of exact lock which was about to be opened, later he sent me the actual one.”, says Shaikh.

Shaikh did not know who Sidharth Pithani was. He got to know only after the case heated on social media. Locksmith even revealed that he was not allowed to go inside the room once he opened the computerised lock with a knife and a hammer, in fact was asked to leave if he hears any noises.

Rafique also stated that he did not even know that the house belonged to actor Sushant Singh Rajput. He just came to know about it later when Mumbai Police called him for inquiry. “When I entered the house there were 3-4 people and none of them were worried or stressed. I did my job and left the place with Rs.2000.”, Shaikh said when asked about the details. He even confirmed that actor’s sister Priyanka was also present in the house.

Locksmith was summoned by Mumbai Police for the interrogation and he has given his statement to Mumbai Police. But he is yet to record his statement in front of CBI which has already questioned a lot of people till now who were involved with the late actor. 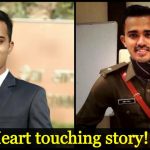 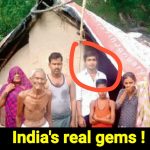