In a massive victory for Rajput’s family, the apex court has directed the Central Bureau of Investigation (CBI) to investigate the Sushant Singh Rajput’s death case and asked Maharashtra to assist with the probe.

Meanwhile, the legal team of Rhea Chakraborty has detailed the entire incident pertaining to the previous allegation made by the actress that it was Priyanka, sister of late actor Sushant Singh Rajput, who had molested her after getting too drunk, and the incident had in turn created a rift between the siblings.

“In the initial months of their relationship, when Rhea had visited Sushant’s house, his sister Priyanka and her husband Siddharth were living with him. One night, in and around April 2019, Rhea and Priyanka had gone out to a party. Priyanka consumed copious amounts of alcohol and was behaving inappropriately with men as well as women at that party. So, Rhea insisted that they return to Sushant’s home. Upon returning, Sushant and his sister continued drinking alcohol while Rhea retired for the night as she had a shoot the next morning. Rhea was asleep in Sushant’s room when she suddenly awoke to find Priyanka had got into bed with her and was groping her. Rhea was extremely shocked and demanded that she leave the room immediately. Subsequently, Rhea herself left the house. Thereafter, Rhea informed Sushant as to what had transpired, and Sushant got into an argument with his sister regarding the same. That due to the aforesaid incident, the relationship between Sushant’s family and Rhea had been strained since inception. Even after his death when a list of 20 people was made to attend the funeral, Rhea’s name was not included in the list and hence excluded from attending the funeral,” said Manshinde.

About how Rhea and Sushant came to know each other and the actress’s subsequent departing from the late actor’s home, the lawyer added: “Rhea and Sushant were known to each other over the past several years as they were both working in the Indian film industry. Rhea and Sushant had maintained a cordial friendship and would occasionally communicate with each other. In April 2019, Rhea and Sushant had attended a party hosted by the film fraternity and shortly thereafter they began dating each other. Even though they spent a lot of time at each other’s homes, they officially moved in together in December 2019 and live at Mount Blanc, Bandra, till Rhea left on the 8th of June 2020.”

Talking about the allegations against Rhea, he said: “It is total nonsense and an afterthought to make allegations after a period of 40 days, the manner in which it has been made before Bihar Police. No allegations whatsoever were made till 27th July 2020 by anybody in the family before Mumbai Police or to any authority. Their statements were recorded by police in Mumbai. They are educated and have an IPS officer OP Singh in the family. The allegations are totally concocted and fabricated for ulterior purposes.”

Manshinde continued: “Rhea denies all allegations of abetment of suicide , misappropriation of funds and others or otherwise. The Mumbai Police and the Enforcement Directorate have been handed over all of Rhea’s financial documents, which clearly show the falsity of such allegations. She has not received a single transfer from Sushant’s accounts. All her Income Tax Returns have been examined by police as well as Enforcement Directorate (ED). Neither of them have found anything incriminating against,” he added.

Eventually, Sushant Singh Rajput’s death case has been handed over to the CBI after Mumbai police failed completely to crack the case. 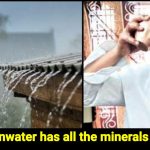 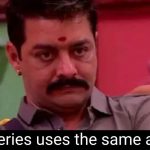