On August 15, India celebrated its 74th Independence Day, and this year the celebrations were not confined just to the country but it was celebrated throughout the world. Some breathtaking visuals of our tri-colour were witnessed in two major cities. The entire world celebrated Indian Independence this year which shows India’s importance to the world.

Here’s a glimpse of how the world celebrated our Independence day along with us:

The world’s tallest building, Burj Khalifa in Dubai, was lit up with the tricolour to commemorate India’s 74th Independence day. A video of the stunning display was shared on the official handle of Burj Khalifa.

“To celebrate the seventy-fourth Indian Independence Day, we illuminate the #Khalifa Tower with the colors of the Indian flag to wish them continued prosperity, peace, and freedom (sic),” read the caption.

It’s actually a multi-use building that has restaurants, a hotel, residential apartments, office space and is a tourist attraction with its observation decks.

Randhir Jaiswal, Consul General of India in New York, celebrated 74th Independence Day in the most magnificent way. He hoisted Indian national flag at the Times Square, at an event organised by Federation of Indian Associations (FIA).

Tricolour illuminates the Niagara Falls –  one of the world’s most iconic destinations in Canada.

Niagara Falls is known as the “Honeymoon Capital of the World.” The magnificent falls draws more than 12 million visitors a year, for its breathtaking views and sheer grandness of its magnitude.

The Indian flag was also hoisted at Toronto’s City Hall in Canada. Toronto is Canada’s largest city. It is the world’s fourth most livable city. Toronto ranks second as the world’s most business competitive global city. 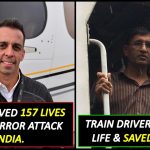