There is always a saying that, when you integrate substantial inputs day in, day out, it is very much certain about the fact that he or she is bound to reap rewards for the efforts that are embellished to perfection. We read inspirational stories in a bid to change our route map so that it would take us to an altitude of success.

“To succeed in life, one should turn a weakness into strength,” an inspiring phrase said by India’s first wheelchair bodybuilder Anand Arnold himself. This goes to show how he put on a spurt to turn his weakness into a strength. He is now an inspiration to many people and the more you know about him the better you will understand how he had come a long way to be an icon.

Case in point, there are police officers in India who can give tough competition to bodybuilders. If you think that a good body can only belong to an actor or model, then you are wrong, because today we are going to reveal 6 such muscular body people who are not models or actors but is a police officer.

These officers are famous for their honesty and personalities. Criminals think 100 times before committing any crime in the area where these officers are posted. Here is a list of 6 brave police officers.

Rubal Dhankar from Delhi is a policeman. He is very famous for his body, looks, and his dedication. He can give a run to any Bollywood actor with his charming personality. Rubal Dhankar has become a hot topic on social media after someone on Quora asked: “Is there photographic evidence of an extremely physically fit police officer in India?”.

Rubal came to limelight after he auditioned for the MTV Roadies X4 reality show in 2016. Rubal is not a normal police constable like others. He came up as a strong contender during the auditions and the show. Being a Jat he was selected by Raanvijay Singh for his muscular body, dedication, and passion for the show and to win the show.

He left an impression on the mind of the judges on the panel and Neha Dhupia and Karan Kundra. His strength and the passion and dedication for the show made him through the auditions.

Hailing from Jalna, Maharashtra, Kishore Dange was born in a poor family and could not acquire a decent livelihood. However, all the hardships he faced never stopped him from achieving the pinnacle of success. Despite financial constraints, he not only became an outstanding policeman, but he has also achieved many records regarding his fitness. For example, Kishore has been awarded for his fit body in Mr Maharashtra, Mr Marathwada, and many foreign competitions.

Tejinder Singh dreamt of being a bodybuilder and eventually he made his dream come true after joining police service. He used to do bodybuilding before joining the police. The villagers called him the best. He joined police service in 2006.

Belonging to the 2007 batch, IPS Sachin Atulkaris has become so popular on social media as Bollywood actor. His body and personality make him different from other police officers. He is also an inspiration for many officers and youths across the country. People get inspired by watching his personality and wish to be like him.

Coming from Haryana, Naveen Kumar joined the police force as SSI. Naveen won the title Mr Haryana in 2013. His body is so amazing that he looks no less than a model. When he worked, he used to exercise many hours in the gym. Naveen has worked hard to build a body like a bodybuilder.

27-year-old Motilal Dayma is serving as a constable in Indore police. He is very famous for his fitness. He has become a source of inspiration for the younger generation, especially for those who want to make their career in the Police department. He joined the police department in 2012. 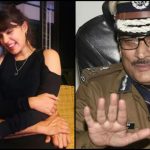 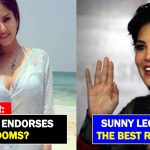