With feminism and women empowerment becoming the most-talked subjects, actresses in the Bollywood film industry have become more open about prevalent issues. Mallika Sherawat had recalled her past incidents on how she went through sexual harassment and casting couch incidents in Bollywood.

Mallika’s remark about sexual harassment which she faced left her ‘Murder’ director Mahesh Bhatt shocked as the actress never confessed or revealed these details to him despite sharing a great friendship with each other. Mahesh Bhatt also revealed that he was shocked to learn about the terrible experience which Mallika faced.

He also added that if he had earlier came to know about these issues faced by Mallika, then he would have surely stood up for her. Showering praise on Mallika Sherawat’s character, boldness and strength, Mahesh added that Mallika was a strong girl and also expressed his frustration and anger over such people who made her a victim of casting couch.

If reports doing the rounds are to be believed, then Mahesh Bhatt had expressed disappointment that Mallika did not share such a serious problem with him despite a great deal of camaraderie they shared.

The thing is Mahesh Bhatt never saw relationships as we see and had a different perspective to see the world and this is why his life is full of controversies. He was known to be a flashy playboy of his time. We have summed all the women were a part of Mahesh Bhatt’s controversial love life. 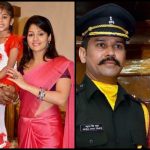 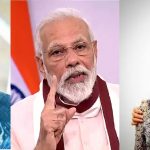