Mumbai Police already launched a probe into Sushant Singh Rajput’s death. As many as 56 people including Rhea Chakraborty, Ankita Lokhande, his manager, Mahesh Shetty, Rumi Jaffery have been questioned so far.

Calling people to record their statement is just a show to appease public sentiment because the matter is hot right now.

KK Singh also alleged that Chakraborty and her family kept his son away from his family, handled his bank accounts and took away crores of rupees.

Mumbai police have failed completely to crack the case, hence a four-member special investigation team from Patna Police has started a parallel investigation into Rajput’s death.

The four-member team has now begun its probe after Rajput’s father lodged a complaint in Patna on July 25. Speaking about the case, Tiwari said, “The [Bihar Police] team in Mumbai is doing a good job. The next step in the investigation is supervision and hence a senior official had to come so I have come. I will have a meeting with my team.”

He further said, “An FIR has been registered. We are taking statements of the stakeholders for the last one week and will take statements from one and all. The statements will be analysed and then we will arrive at a conclusion”.

With the case handed over to Tiwari, the Bihar Police has sent the Mumbai Police a strong message that Investigations will be impartial and unbiased.

But who is IPS officer Vinay Tiwari?

Hailing from Uttar Pradesh, the 2015 batch IPS officer has been excessively praised not only for his academic achievements but also for his creative pursuits.

Vinay Tiwari was born in UP’s Lalitpur. His father is a farmer who worked hard in fields to earn money for his son’s education. Tiwari wanted to become an engineer. To fulfill his dream, his father sent him to Rajasthan’s Kota for preparation. Tiwari cracked the exam and got admission into the prestigious IIT-BHU.

There he completed his graduation. For Vinay Tiwari, becoming an IPS officer was the ultimate goal. To prepare for the UPSC exam, he shifted to Delhi.

Tiwari says that his father inspired him to try for civil services and his father also borrowed money for his coaching expenses. Despite facing the difficulties in his career, he didn’t let the negativity get the better of him as he managed to tackle every snippet of move to clear one of the toughest UPSC civil service exams in 2019.

Tiwari recently came into limelight after one of his poems he had written on coronavirus went viral on social media in no time. He frequently shares his poetry on his social media accounts. IPS Tiwari has achieved something incredible in his life which others can only dream of. 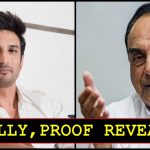