For a woman living in India, harassment while walking on the street, or molestation at a crowded public place, is very common. Several actresses have been a victim of harassment in the Film Industry as well. Casting couch is something which is akin to Bollywood and it is a topic of conversation for more than the last few decades. Casting couch is not at all a new concept rather it is as old as our civilization. This is a different story that we started noticing recently.

Earlier, #MeToo movement came to light which exposed some popular names from several professional fields in India. Let’s take a look at some of the actresses who have faced casting couch in their careers.

Bollywood actress Surveen Chawla has opened up about her casting couch experience. The beautiful actress started her career in Bollywood with her bold style in the movie “Hate Story 2” in 2014. She has faced the casting couch in the southern film industry but she never gave up and continued her hard work.

Kalki Koechlin is one of the most prominent female actors in Bollywood. She has shared her experience in regards to the casting couch. Kalki simply rejected the offers when she was asked to compromise for that.

Bollywood actor Ayushmann Khurrana revealed that during the early days of his career, a casting director asked him to show his tool and he politely refused the offer.

Actress Kangana Ranaut has had a tough journey in Bollywood. The Queen actor revealed that she was asked for sexual favors in almost all her auditions, but she had full faith in her capabilities and talent and never fell for such sleazy and promiscuous casting agents.

Bollywood actor Ranveer Singh has revealed in one of his interviews, “Casting couch is a very real thing. I have experienced it first-hand”. The handsome actor always believes in his talent, hence he never ever compromised on such things.

Tisca Chopra herself revealed to media how she was once approached for something like this but instead of compromising on such stuff she never put her dignity down.

Bollywood actress Rakhi Sawant has admitted to being a victim of the casting couch. In the beginning, she faced the casting couch but she learnt to say no and used her talent as an artiste to make her way through life.

The actress candid about her experiences in B-town: “Unless you are born with a silver spoon in your mouth and belong to one of those powerful star families which have a great influence on Bollywood, people tend to take you for granted”.

The infamous casting couch scandal in B-town is the Preeti Jain’s case which created massive controversy by putting allegations on the famous director Madhur Bhandarkar. The case was finally closed in 2012 when the Supreme Court acquitted Bhandarkar from the case.

Revealing about casting couch the prominent actress said, “It takes two hands to clap. Nobody is a victim. We are all just players”.

The Tum Bin actor said about the casting couch, “I was asked for a sexual favour by this man who promised me a film in return. But I didn’t believe him, and was right in doing so since the film wasn’t made”.

Bollywood actress Mamta Kulkarni has opened up a shocking story, which nobody had ever imagined before. The beautiful actress revealed that Director Rajkumar Santoshi had been disrespectful towards her during the shooting of China Gate.

Bollywood actress Suchitra Krishnamoorthi has revealed that she went through a harrowing experience of casting couch during the early days of her career.

The Bhojpuri actress also revealed that whether male or female nobody is spared here from the issue of the casting couch. She has also been the victim of harassment.

Payal Rohatgi has also gone through the casting couch. She was once asked for sexual favours in exchange for a film role, but Payal simply refused the offer. She had lost several roles for not agreeing with conditions. 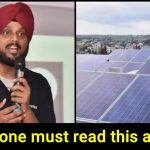 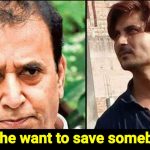