No one gets success easily. It takes a lot of hard work and following the right strategy generates the fruits of success. If we try to measure the factors of success, it is 10 percent luck and 90 percent hard work. We are sharing here with you an inspiring story of Dr.K. T. Rabiullah who started with nothing but now has everything.

He’s now a billionaire and owns a fleet of luxury cars. But the way he got here is what makes it so special.

Dr. Rabiullah’s story is one that needs to be told to inspire the youth. He is today amongst the most successful businessmen in the country.

Dr. Rabiullah wanted to do something in his life hence he went to the Gulf as a labourer. He worked there and earned enough money to start his own business, which has now become a huge empire.

He owns the Al Jazeera Shifa Group which is now a huge name in medical sciences across the globe. He is also a famous philanthropist and donates a huge amount of money to charity every year.

The doctor had to leave his studies due to financial constraints and received a ‘Doctor’ title as an honour from a medical institute. Dr. Rabiulla was honoured with “Pravasi Bharatiya Samman” Award. He has also been conferred the prestigious “Shastri Award” for his meticulous work.

Usually, Dr. Rabiullah mostly stays in the Gulf region. But recently, he celebrated a grand opening of his home in Malappuram, Kerala. His garage here in India is nothing less than a dream. The list includes fast sport cars, capable SUVs and ultra-luxurious saloons.

He runs an SUV car that takes him around when he is in India for regular work. The price of Range Rover’s top end variant starts above Rs. 2.14 crore in India and it is termed as one of the most luxurious SUVs in the world.

Dr. Rabiullah has set a great example in front of the people who consider themselves unlucky and never stop complaining that luck does not favour them. He has scaled his business from zero to heights like a pro and his hardwork and persistence is an inspiration to the youth. 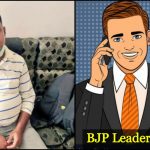 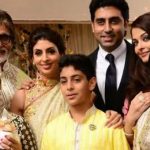