Sushant’s untimely death baffled everyone and it has been a month since star Bollywood actor passed away but nobody seems to have moved on. The final postmortem and viscera reports confirmed that Sushant Singh Rajput passed away due to asphyxia by hanging and police say Sushant Singh died by suicide at his Bandra apartment in Mumbai.

Mumbai Police launched a probe into Sushant Singh Rajput’s death. As many as 41 people including Rhea Chakraborty, Ankita Lokhande, his manager, Mahesh Shetty, Rumi Jaffery have been interrogated so far by police in connection with the suicide case. The latest name to join the list is Indian filmmaker Rumi Jaffery.

It has been learnt that Rumi was among Sushant’s close friends. Police took director Jaffery to the police station for interrogation. The interrogation lasted for almost seven hours. During the questioning, Rumi revealed that he was planning a film with Sushant and Riya Chakraborty. Rumi also said that he had discussed the script of the film with Sushant a few days before his death.

According to reports, Rumi Jafri has revealed that he had wished to work with Riya Chakraborty and Sushant Singh for a movie. The shooting of which was going to start in London from May. However, the work could not start due to lockdown. The trio met several times to narrate the narration of this film.

When asked about the information about Sushant being in depression, Rumi Jaffery said that he came to know about this from Riya Chakraborty about 6 months ago, because Rumi Jaffery and Riya Chakraborty are both good friends. However, they do not know the reason for this depression. Because during the meeting, Sushant used to talk only around the professional and the film, personal things were not mentioned.

He told the police that in the last few months or days, when Sushant spoke on the phone about the production of this film, his talking behavior was understandable like depression. 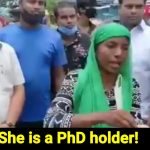 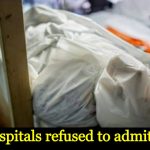