Let’s take a look at 10 such actors who came up with random comments and confessions:

“I am a virgin, I will save myself for the one I get hitched to.”

“I am happy my husband is not like Karan Johar.”

“If my director wants me to work with a cow or a buffalo, as an actor, I am ready to do it.”

“Kissing Alia was boring. Deepika Padukone. Hopefully, people will enjoy that. And me too.”

“I’d like to gift a pack of condoms to Ranbir (Kapoor) because he uses them too much.”

“I paid bribe for my new house.”

“Every time a relationship doesn’t start on a note that there is clarity of things. May be time pass for my age or stage is a lighter term. But I would like to date and I am open to time pass romances.”

“I Have Had One Night Stands, Who Hasn’t?”

“Only Shah Rukh Khan and sex sell in Bollywood.” 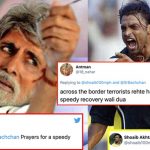 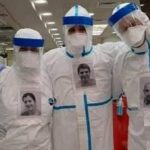