Sushant’s untimely death baffled everyone and has been a month since star Bollywood actor passed away but nobody seems to have moved on. Recently, Rhea Chakraborty changed her WhatsApp display picture, after the demise of her rumoured boyfriend. Her new Whatsapp display picture shows the two of them cosily tucked up in happier times in the past.

It has been learnt that Rhea and Sushant were rumoured to be in a relationship since quite some time. They were also occasionally spotted together on lunch outings and holidays. After Sushant’s sudden death, Rhea attended his funeral and maintained silence ever since Sushant’s demise.

SSR was found dead at his Mumbai apartment on June 14. As per media reports, Sushant was suffering from depression and died by suicide. However, netizens suspect that it is not a suicide and believe that it is a pre-planned murder.

Rhea Chakraborty went to the Bandra police station to file a statement in link-up with the suicide of her friend and fellow actor Sushant Singh Rajput, an official added in a statement. Rhea was also called to the police station by the investigating officer in the case.

Earlier, Filmmaker Rumi Jafry told Pinkvilla in an interview, “Rhea had told me about Sushant being depressed and in fact, Sushant also told me that some 5-6 months back. I had asked him many-a-times about it but he didn’t disclose too much and I didn’t push much because I thought he might not be comfortable. Rhea would call me at their place sometimes and say that sir, aap aa jao, aapke saath baithta hai toh positive energy milti hai, khush hota hai (please come over, he’s happy when he’s around you) or he would come to our place. I knew he was seeing taking treatment for this and was on medication.”

The final postmortem and viscera reports confirmed that Sushant Singh Rajput passed away due to asphyxia by hanging and police say Sushant Singh Rajput died by suicide at his Bandra apartment in Mumbai. But the actor’s ardent fans are still speculating something fishy in his death. Sushant’s demise trigerred several debates about nepotism in Bollywood film industry.

Meanwhile, Sushant’s father KK Singh told the police that he and other family members didn’t know the exact reason behind the actor’s depression. Earlier, Maharashtra home minister Anil Deshmukh added that Mumbai Police will also examine the angle of professional rivalry which was alleged to be the cause of the suicide. 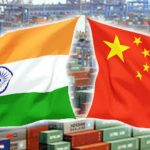 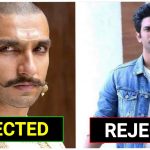