Meanwhile, a video of Vikas Dubey has gone viral on social media like wildfire. In the video, Vikas is seen dancing to a DJ at a wedding ceremony. The video, which is doing the rounds on social media, shows that gangster Vikas Dubey is dancing with his teammates on a popular song “Apni Toh Jaise Taise, Thodi Aise Ya Waise Kat Jaayegi, Aapka Kya Hoga Janaab-E-Ali, Aapka Kya Hoga” from Housefull movie .

In this video, Vikas is having some great time with his friends as he can be seen dancing and swaying his body at the wedding of his nephew Amar Dubey.

The wedding of Amar Dubey took place on 29 June. Vikas himself fixed this marriage. When the bride’s side got to know that Vikas is a historysheeter, they refused to marry groom. After this, Vikas forcibly got her married to Amar.

Vikas Dubey would never have imagined that his video of dancing at the wedding party will go viral and after a few days the whole empire of his crime will come to an end.

Earlier, in a heart-wrenching incident, eight police personnel were shot dead on Friday by a gang led by Vikas Dubey. In what could be termed as a shocking crime in Kanpur, police officials were attacked by miscreants, allegedly because they attempted to arrest the infamous historysheeter Vikas Dubey.

The incident reportedly occurred in Bikru village where police had gone to arrest the gangster. It is being told that Vikas Dubey had got information before the police raid, his accomplice Daya Shankar Agnihotri has revealed. Following the incident, police launched an investigation on how gangster Vikas Dubey got the information about the raid at his house.

One of the most wanted Vikas Dubey has 60 cases in his name. He was also accused of killing a minister in the former Rajnath Singh government in UP. His last rites were performed at Bhairo Ghat in Kanpur. 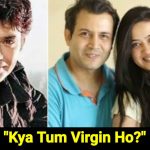 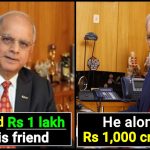