Bollywood legendary actor Amitabh Bachchan is spending quality time at home with his family amid the coronavirus lockdown. Meanwhile, a news has come to light that Amitabh’s grandson Agastya Nanda has got a film offer from Karan Johar. It is like a dream come true for Agastya.

Now, Agastya will probably make his debut in Bollywood with Karan Johar. Karan Johar, who is an Indian film director, producer, and screenwriter, will launch him. The 19-year old who has a charming personality and has been working on his acting skills wants to make his career in the Hindi film industry.

According to a report in Mumbai Mirror, Agastya Nanda has been offered a film that he will do when he is ready to make his debut. Agastya is always inclined towards acting, so soon he can be seen in Bollywood films.

The report also suggests that Karan Johar is going to launch Agastya Nanda, under his Dharma productions banner. However, official confirmation has not been made yet.

The star kid has been in Mumbai since the lockdown began. The grandson and grandfather duo seem to love each other’s company and spend hours working out in the gym with heavyweights. He was seen doing workouts with Big B, soon their photos went viral on social media.

Earlier, a report suggested that Karan Johar’s popular chat show “Koffee With Karan” would finally come to an end. This news came to the light post Sushant Singh Rajput’s death.

The death of Sushant Singh Rajput triggered the nepotism debate in Bollywood, with several actors and fans expressing their outrage on social media. Many social media users started calling for the boycott of the show.

People on social media have made allegations against Karan Johar and Alia Bhatt for making fun of the late actor on the show. After being trolled mercilessly, Karan has distanced himself from social media platforms. Following the demise of Rajput, Kangana Ranaut is the first actress who alleged that there is nepotism in the film industry and there are some people in Bollywood who do not let the talent grow in the film industry. 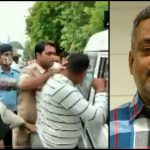 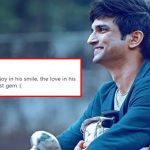