Later she posted a video on her Instagram profile in which she is seen urging people to help her restore her account. Taking her Instagram, Payal Rohatgi wrote, “Just Now I am not able to tweet on my verified twitter handle. It is SUSPENDED citing what reasons now”.

“No reason has been given, no e-mail has been sent on my official e-mail id and my account has been suspended. I don’t know what the reason is. It is for all of you’ll to figure out with Twitter India that why have they deleted my account. Neither do I abuse people nor do I use any wrong word for anyone. I obviously attempt to share facts, but this effort of mine has been projected in a bad light by liberals and people who are extremists, who control Twitter. Hence, I appeal to people to please urge Twitter to restore my account, otherwise, I will not be able to talk to everyone,” Payal says in the video message.

After the death of Sushant Singh Rajput, Payal Rohatgi has been asking CBI inquiry for the actor. In the past few weeks, she has actively joined the nepotism debate in Bollywood and has lashed out Salman Khan, Ekta Kapoor, and Karan Johar for sabotaging Rajput’s career. Actress Rohatgi accused Salman Khan of using his money power to sabotage Rajput’s career.

She said that she never abuses anyone and only shares facts with her followers. “Liberals and extremists who control Twitter are trying to project my attempts in bad light. I urge the people to request Twitter to restore my account,” she said.

As soon as it came to light that her account was suspended, social media users came in support of her on Twitter and the hashtags #PayalRohatgi and #BringBackPayal trended on Twitter.

Payal’s husband and wrestler Sangram Singh tweeted, “I request to our Hon.Home minister Sh. @AmitShah ji, plz take strict action against @TwitterIndia how dey can suspend any responsible person account @payal_rohatgi without reason, sir pl ban this platform like Chinese app &block @Jack also,who is he in our Country #BringBackPayal.” 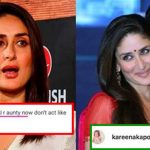 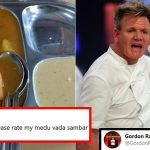