In today’s world, cinema is the most popular means of entertainment. Majority of the world watch movies not just for entertainment but to relax for some time. You tend to experience a variety of things while watching movies. Above all, a movie with a beautiful message is certain to win people’s hearts.

Hollywood is the most recognizable film industry in the world. In the biggest film industry, there are many multi-talented actors working in Hollywood and contributing to the growth of the industry. Hollywood actors earn huge money through movies and web series.

In this article, we will see ten Hollywood celebrities who married their own fans:-

The actor saw his wife, Luciana Barroso while she bartending and then they both started dating in 2003. After a great deal of understanding with each other, the couple decided to take their relationship to the next level as they got married in 2005 and now they have 3 kids together.

“I got lucky,” Damon told Esquire “I fell in love with a civilian. Not an actress and not a famous actress at that. Because then the attention doesn’t double — it grows exponentially.”

The actor had first met Alice Kim when she was 19 years old while she was working as a waitress in a restaurant in 2004. The two were married and were together for 11 years and have a son together named Kal-el. Sadly, they are now separated, according to Daily Mail.

The American Idol winner had met his ex-wife Surata Zuri in 2006 at his CD signing in Wal-Mart. The two hit it off in 2008 but unfortunately got divorced in 2012.

The Grey’s Anatomy star met at his wife Jillian Fink at her salon. “I was shocked,” Fink told People magazine. “But at the same time, I was happy because he was so cute.” The two got married in 1999.

There are scores of Frasier fans out there, but only one caught him as a husband. The actor met his wife, Kayte Walsh when she was a flight attendant. He was on a flight to the destination (New York) at the time and the two got hooked together.

The TV show host first saw his future wife, Liza Powel in the crowd of Late Night With Conan O’Brien. He then approached her and the rest is history. “Somewhere, in the vault at NBC, there’s footage of me literally falling for my wife on camera,” O’Brien told Piers Morgan.

The comedian and TV host had first met his wife Marjorie back in 1990 when she went to a Memphis Comedy club. He then spotted her and said on stage, “I don’t know who you are but I’m going to marry you.”

The King of Rock and Roll’s friend had spotted a then 14-year-old Priscilla in audience and then he offered to introduce her to Elvis. After seeking permission from her parents she did. “I was so nervous,” she said as per Elvis Australia. “I really didn’t know what to say. I was quite shy.”

The two got married when she was only 21 years in Las Vegas.

People may think it was the other way around but Wiz Khalifa was a huge fan of the TV host before they got married. “He did an interview about me,” she told Us Weekly “and the guy who interviewed him asked, ‘If there was one girl in the world who would you be with?’ He said ‘Amber Rose,’ and then I hit him on Twitter, and I said, ‘That’s really cute’ and we fell in love!

The actress tied the knot with Jim Toth, but before that he worked at an agency that promoted the actress’ work. To put it in simple terms, he was a paid fan! The happy couple have a son together. 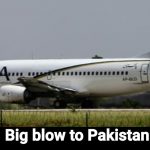 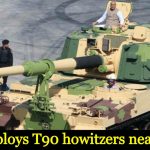