The nepotism debate has been sparked off after the death of Sushant Singh Rajput. His untimely death has left everyone saddened. The whole nation has been indicting nepotism for the death of this extremely talented actor.

In a recent video, which is circulating on social media, renowned Singer Sonu Nigam has threatened Bhushan Kumar saying, “You have messed with a wrong person, you had better mend your ways or I will expose you,”

Sonu also mentioned Marina Kuwar in his video and said that he has a video of Marina Kuwar which he will release on his YouTube channel. Now, Here’s the question that comes to mind is who is Marina Kuwar and what video is the singer talking about?

Who is Marina Kuwar?

Marina is a model and an actor, who has worked in TV serials such as CID, Aahat and has also been a part of few modeling projects. As per the reports, she was roped in to play the male lead in Akshay Kumar starrer Million Dollar Baby but unfortunately, the film did not shelve out. In a statement, she spoke about the film and said, “Working with a star like Akshay Kumar is like a dream come true, the journey from modeling to acting has been a major struggle but I have never given up and I am confident I will soon be recognised.”

Marina has been exploited by some Mafia in the industry and has been going through depression for a long time. Taking to Twitter, Marina wrote, “When your life changes drastically due to some unwanted incidents happened in your life, that time you choose to go into depression. No one knows how badly these incidents effect your life. Sometimes we give up and we end up with our life ! Feeling so depressed #Depression #Life #MarinaKuwar.”

The versatile singer Sonu Nigam shared a video on his YouTube channel and Instagram in which he spoke about how the mafia in the music industry was bigger than the film industry.

As soon as Sonu posted the video, it went viral like wildfire. Many social media users started commenting on his video. After his allegation, many more singers have come out in support of Sonu Nigam revealing that ‘mafia’ does exist in the industry and ‘newcomers’ are exploited.

On Monday, Sonu Nigam shared a video with the caption, “Laaton ke mafia baaton se nahi maante. (you cannot reason with the uncouth mafia with words).” Watch her interview bellow.. 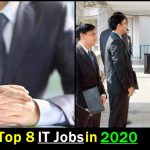 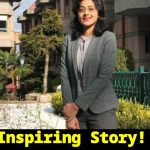