This is a story of how a Hindu-medium schoolgirl from a small village went on to become a proud IAS officer. Surabhi Gautam’s remarkable journey is one that needs to be told to inspire thousands of civil services aspirants across the nation. Surabhi fought for her heart’s desires and dream and with endless efforts, grit and determination, success followed her around like a shadow.

Hailing from Amdara village in Satna district in Madhya Pradesh, Surabhi Gautam made her parents feel proud by securing 50th rank in the UPSC Civil Services exam. This is an inspiring story for all those who aspire to become IAS or IPS and it will certainly give you the much-needed boost to perform well even after failures.

University Topper and Gold Medalist Surabhi Gautam came through with flying colours as she secured 50th rank in the examination. Coming from a small village, Surabhi was a brilliant girl from childhood.

You will be surprised to know that this promising student studied up to 12th standard from the Hindi Medium School in the village. Later, she found it extremely difficult to cope with English once she entered college. During his schooling days, Surabhi didn’t have the privilege to learn the proficiency of English like other students of her age.

She doubled her efforts and started learning English along with her other subjects. Despite coming from a Hindi medium background, she still was an outstanding student in the class as she topped the university and received the Chancellor’s Award.

Her father was a lawyer in the Civil Court and her mother was a teacher. After her schooling, Surabhi appeared for the entrance exam of State Engineering and cracked the exam. She was the first girl from her village to migrate to the city for higher studies. She completed her Engineering in Electronics and Communications from Bhopal.

Before appearing for UPSC Civil Services, Surbhi had worked as Nuclear Scientist at BARC for a year. She had also cracked exams like GATE, ISRO, SAIL, MPPSC PCS, SSC CGL, Delhi Police and FCI. Not only this, she secured AIR 1 in the IES exam held in 2013. 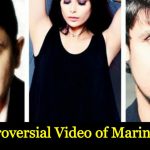 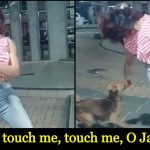