Sushant Singh Rajput left all of us on June 15 (Sunday). Died at a young age of 34, the star had plenty more things to achieve or fulfil in his life and now we lost such a gem of a person and it is heartbreaking to all of us that we won’t be able to see him anymore. The star could have easily ruled Bollywood but took the decision of ending his life by hanging from the ceiling of his apartment in Bandra.

This shocking incident happened on Sunday. His death by suicide was because he was going through mental bouts of depression. Though the reason was still unclear, the whole nation has been indicting nepotism for the death of this extremely talented actor. On Monday, Sushant’s last rites were carried out in Mumbai. But the debate on nepotism started after Sushant’s demise.

Mumbai based hairstylist Sapna Bhavnani took to Twitter and wrote: “It’s no secret Sushant was going through very tough times for the last few years. No one in the industry stood up for him nor did they lend a helping hand. To tweet today is the biggest display of how shallow the industry really is. No one here is your friend. RIP ✨.”

Director Anubhav Sinha also made a strong statement and tweeted

“The Bollywood Privilege Club must sit down and think hard tonight.

PS- Now don’t ask me to elaborate any further,” he wrote.

“Didn’t know him at all. Never met him I think. But was tossing and turning all night. I’ve seen Patna and I’ve seen Bandra. It’s a long journey in 34 years. Can’t fathom what hurt him so hard. Sleep well boy!!!,” he wrote.

Producer Nikhil Dwivedi also said that industry leaves people when they go through bad times. “At times our movie industry’s hypocrisy gets to me. High &mighty announcing they shud ve kept in touch wth Sushant.. Cmon u didn’t! &thts coz his career dipped. So STFU! R u in touch with Imran Khan, Abhay Deol &others? No!
But u were, when they were doing well#SushantSinghRajput,” he wrote.

“Dear Sushant, there was so much more you had to offer. Perhaps the world was not up to your beliefs.. you should not have gone like this …but then you were an old wise soul in a restless young body. Often the heavens cannot handle that ..,” he wrote.

“I knew the pain you were going through. I knew the story of the people that let you down so bad that you would weep on my shoulder. I wish Iwas around the last 6 months. I wish you had reached out to me. What happened to you was their Karma. Not yours. #SushantSinghRajput,” Shekhar Kapur wrote.

If reports doing the rounds are to be believed, then Sushant Singh was taking treatment for depression. The star actor has a fallout with Aditya Chopra, which whom he had penned a multi-million deal. It was also learnt that the actor felt sidelined. He also got upset after YRF backed out of Shekhar Kapur’s Paani, which his ambitious project on which he worked for months.

In an interaction with a fan on Instagram, Sushant Singh reply also raises some question about the B town

In February, this year, KRK had tweeted this:

Kangana Ranaut had questioned why Sushant Singh movies were not acknowledged at award shows.

Earlier, Sushant Singh spoke about nepotism: “if you deliberately don’t allow right talent to come up, then there is a problem”. 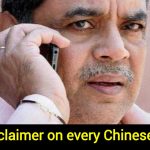 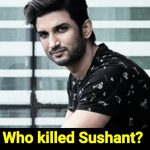