India’s big-hitting all-rounder Hardik Pandya carved out a reputation for himself ever since he broke into the Indian national cricket team last year. The real story of a 24-year-old’s rise to fame is one that needs to be told.

Hardik Pandya hogged the limelight when he occupied the 32nd spot in the recently released list of Forbes’100 most rich celebrities in India. In fact, he is way ahead of big names like Karan Johar and Shahid Kapoor. As per Forbes, Pandya earned a massive fortune of Rs 24.87 crores in the year 2019.

However, not many are aware of Hardik Pandya’s struggles in domestic cricket when he and his elder brother, Krunal, were trying to make a mark for themselves in the game of cricket. Hardik Pandya opened up that he came from a well-off family and used to be rich during his childhood days but then the family lost almost everything they had.

“I always had this thing in my mind (wondering) how can I succeed in life. Because we used to be really rich, from a well to do family. And from having that, to struggling for Rs 10 – it was disappointing for me…because I had money when I was small so I never thought that when I’m older I’d have to struggle so much.

“No one knows that we’ve struggled for 3 years for every penny. Even saving Rs 5-10 was a big trouble for us. I still remember before the IPL, we had won the Syed Mushtaq Ali trophy and got Rs 70,000 each. Me and Krunal said to ourselves that at least we’ll get by for a while,” Pandya said on Gaurav Kapoor’s show Breakfast with Champions.

He also revealed how he and his brother hid their car for almost two years as they did not have money to pay the EMIs on time. “For two years, we hadn’t paid the EMI on our car…Just because we were smart, we managed to hide the car. We didn’t want the car to go… So anything we earned in those 3 years was supposed to save the car.

“It was just…pay the EMIs on the car and get some food on the table. Then God was kind. In my first year at MI we won the IPL and I got a cheque for Rs 50 lakhs. And I was like “Damn”. From there I got the car freed from the bank and bought a new car as well.

“Just three months earlier we were struggling and fighting for money and after three months I had 50-60 lakhs in my pocket. It was all about saving at that time. Things changed for me from there…I mean 7 months later what hasn’t come from it,” Pandya remembered.

Hardik Pandya did a sensational job when he first broke into the Indian team. and right after his maiden Test hundred in August, Hardik bought e red Jeep Compass for his father. From hiding his car from bank officials to a stunning gift for his father, the young all-rounder sure has come a long way to touch the pinnacle of success.

Board of Control for Cricket in India (BCCI), the richest cricket body in the world are resposible for paying the Indian cricketers based on their grades. Even if a player is in grade C, he would be paid a sum total of 1 crore Rupees. Hardik, who was placed in grade B contract last year had earned Rs 3 crore from BCCI.

The big-hitting all-rounder, who was part of the Mumbai Indians franchise, was retained by the franchise in 2019 for a whopping amount of 11 crore rupees. He was initially bought for just 10 lakh rupees in 2015 and then he enjoyed an instant increase in income in just 5 years.

There is no surprise that Hardik Pandya is successful with the Indian team as well as IPL franchise Mumbai Indians. With great success, fame follows you around like a shadow and Hardik Pandya has a huge share of endorsements.

He recently endorsed brands like HalaPlay, Gulf Oil, Star Sports, Zaggle, Sin Denim, D:FY, Boat, and Oppo. Pandya also had a deal with iconic Gillette but was stripped of it after his controversial appearance on the infamous episode of the show Koffee with Karan.

Pandya earned a staggering Rs 14 crore from lucrative cricketing contracts and could manage to get the remaining 11 crores of his near 25 crores earning by brand endorsements and event appearances. All this happened in 2019 and in the following year, he got engaged to Serbian actress and model, Natasa Stankovic.

Yes, Indian all-rounder, Hardik Pandya stunned the cricket fraternity with a sudden announcement recently. The all-rounder has been out of cricket action for the last few months due to an injury issue and then became highly active in his personal life. One day, all of a sudden, he took to his official Instagram handle and announced that he was going to become a father soon. 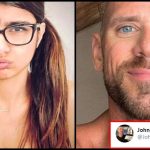 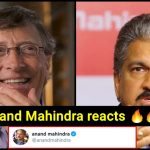