There is a familiar and famous phrase that every person on Earth has 7 lookalikes i.e. people who almost look like you. Back in those days when there was limited access to the internet. People met each other in the close circle but didn’t have the opportunity to see new faces who were elsewhere in the world.

However, with evolving technology, we are stumbling upon new faces online these days and that’s how things have changed now. In fact, technology is one of the basic mediums to connect these days and communication is becoming very convenient.

For example- Social media. It allows us to interact with people from different fields and different part of the world. The best part is we become friends easily with new people. Now, thanks to the power of social media, we have already found doppelganger of Indian national cricket team captain Virat Kohli.

Salman Khan’s full name is Abdul Rashid Salim Salman Khan. The macho man and Prem of Bollywood has a massive fan-following in India. The Indian film actor, producer, occasional singer and television personality has found his doppelganger in a small-time actor and stuntman.

In a movie career spanning over three decades, Salman Khan has received numerous awards including two National Film Awards as a film producer, and two Filmfare Awards for acting.

This particular film earned him the Filmfare Best Debut Award nomination. This was followed by his first commercial success, ‘Dhoom’. John Abraham has found his cheeky looks and dimples in his lookalike.

Kareena Kapoor Khan is the daughter of actors Randhir Kapoor and Babita. She is also the younger sister of actress Karisma Kapoor. We have found her absolute mirror image girl on a social media attempting to dabble at lip-syncing Kareena’s iconic dialogues.

The Indian film actor is one of the highest-paid actors of Bollywood film industry cinema. He has featured in Forbes India’s Celebrity 100 list since 2012. Kapoor is the proud recipient of several awards, including six Filmfare Awards.

Ranbir’s looks and smile was found similar with another Punjabi guy.

American singer Julia Michaels and Indian actress Anushka Sharma look pretty much the same. The singer does share similarities with the actress. She has similar eyes, nose and lips including face structure as Anushka.

“Damn you look almost like anushka sharma, a bollywood actress,” a fan commented on her post. “I thought anuskha changed her hair color,” wrote another. “Omg seriously she looks alike @anushkasharma I’ve listened her song “anxiety” like 5 days ago I never noticed dat,” wrote another.

Just like other celebrities mentioned in the list, Deepika Padukone’s husband, Ranveer Singh also has a doppelganger. The Indian actor who appears in Hindi films is a recipient of several awards, including four Filmfare Awards.

It is worth mentioning here that Ranveer Singh is among the highest-paid actors in India and has featured in Forbes India’s Celebrity 100 list since 2012.

Priyanka Chopra Jonas’ cousin and actor has always been depicted as a cut and bubbly personality. The Indian actress and singer who appears in Hindi films is a recipient of many accolades, including a Filmfare and National Film Award. We have found a lookalike of Parineeti Chopra and in fact, they actually look like twins. No doubts.

He worked as an assistant director for the 2002 horror film Raaz before actually pursuing a career in acting. He is a serial kisser of Bollywood. We’ve found his lookalike below. Check it out.

Fans have found Shah Rukh Khan’s doppelganger and people on all social media platforms are going crazy over the similarities the two share. The man, who is gaining so much attention for being a doppelganger of Shah Rukh Khan, hails from Jordan and he is a photographer by profession.

Even many Shah Rukh’s fan pages have shared pictures of the Jordanian man who looks exactly like the Bollywood superstar. However, he looks almost 20 years older to him. He is labelled as Shah Rukh Khan’s doppelganger from the future. 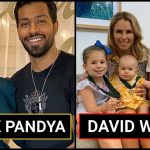