There is no doubt that India has produced notable billionaires even as family businesses have passed down from generation to generation. India has witnessed an increase in the number of billionaires in the last couple of years.

For the unversed, Wadia Family’s Total Estimated Wealth is estimated to be around Rs 44,900 crores.

The Bangur family owns Shree Cement which is one of India’s most efficient cement producers.

Almost everyone in India knows about ‘Dabur’. Burman family owns the Indian consumer goods company and it founded in the year 1884 by S. K. Burman. It manufactures Ayurvedic medicine including natural consumer products.

Forbes’ Real-Time Billionaires Index showed that Radhakishan Damani who is founder of retailer Avenue Supermarts, has become India’s second-richest person with a net worth of $17.8 billion.

Last year, he was featured on the list of top ten richest people in the world. He was placed seventh on the list with $14.3m. But now that, he gained places to reach the best position of his career.

For the unversed, Avenue Supermarts Ltd., which is doing business as DMart, an Indian chain of hypermarkets in India founded by Radhakishan Damani in 2002, with its first branch in Powai’s Hiranandani Gardens.

Gautam Adani is the founder of Adani Ports & SEZ. The Adani Group is an Indian multinational conglomerate and its headquarters is located in Ahmedabad, Gujarat. It was founded by Gautam Adani in the year 1988 as a commodity trading business, with the flagship company Adani Enterprises Limited.

‘Godrej’ is one of the most famous brands in India. Their company name is Godrej group. The Godrej Family Group is an Indian conglomerate headquartered in Mumbai, Maharashtra, India.

The Indian conglomerate company is located in Mumbai, India. The Hinduja Group is involved in a plethora of activities including foundries, import-export, trading, motor vehicles, banking, call centers, and healthcare etc.

Who else? It is Mukesh Ambani. No one in India is even close to his net worth. For the 12th straight year, Reliance Industries’ chairman Mukesh Ambani is the richest Indian billionaire with a net worth of $52.6 billion.

Mukesh Ambani is an Indian billionaire, the chairman, managing director, and largest shareholder of Reliance Industries Ltd., a Fortune Global 500 company and India’s most valuable company by market value. 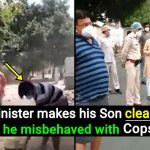 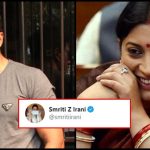