Coronavirus has put the entire world in a lockdown as there is no antidote of this disease so far. Millions of people across India are under shutdown in an attempt to prevent further spread of the COVID-19 outbreak.

The pandemic has left a huge impact on the lives of almost everyone. The shutdown has also left many sportsmen in disarray. In yet another heartbreaking news, Anil Lohar, a national level gold medalist archer, is currently struggling to meet the daily expenses. The situation has gone from bad to worse due to the epidemic.

He and his family are now struggling to make the ends meet. According to a report in News18, the family had to depend on the village’s primary school for water. But after the lockdown due to COVID-19, the school has been shut, so the family has no access to fresh drinking water.

After a few days of struggle, Anil took it upon himself and decided to dig a well with his wife. Every day he digs for four hours. So far in the last 25 days, they have dug a pit which is about 20 feet deep.

Anil, who won a gold medal, is now having to dig a pit in order to get clean water. It has been learnt that Anil won a gold medal in the team event at the Indian round National Archery competition held in Odisha in the year 2019 in the month of March.

After winning gold at a national level event, he was hoping that he would get a government job but he couldn’t get through. So, he ended up getting a private job, but since he was spending more sessions getting better at archery, he quit the job.

Now, he is jobless and is forced to sell chicken to earn a livelihood and the worst part is that the family does not even have a clean drinking water facility.

The lockdown has simply worsened the misery of the poor in the country, especially the migrant workers who migrate to big cities from their villages in search of jobs. Ever since the shutdown was announced, the migrants have been the hardest hit. 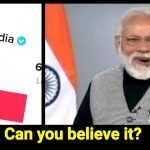 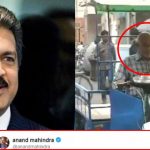