These twin sisters are creating magic with their voice and almost all of their videos go viral. Diya and Jiya Jha started their Facebook journey 3 years ago and have been constantly climbing the ladders of success.

People like their voices a lot and these little girls are so cute that no one can take their eyes off from them. In an exclusive interview with TheYouth, father of these singing sisters share with us interesting details about both of them. Here is excerpt…

The sisters were born in Madhubani, Bihar and the Jha family is currently living in Bangalore. They study in Class 6th and are 11 years old. The twin sisters have a difference of 3 minutes with the elder one being Diya and the younger is Jiya.

When did they start singing?

They have been studying Hindustani Classical Music for the last 3 years and the journey of their singing interests has been amazing.

The family primarily focuses on recording traditional Hindi songs from Ramayan and Mahabharat mainly so as to inspire the coming generation to listen to the great Indian songs.

From the time they were born and were able to recognize music, the first song that they listened to was ‘Archutam Keshavam’ only. Unlike other children of their age who listen to nursery rhymes, Diya and Jiya got their ears plugged to this traditional Hindu song.They gradually formed an inclination towards music after that and this is how their journey started.

Which was the first video recorded?

Jiya’s parents thought singing songs and promoting traditional Indian songs can help spread happiness. And that’s how the first video was recorded. The first song that Diya and Jiya recorded and posted on Facebook was ‘Archutam Keshavam’. They started the page with a motive of just spreading joy and making the people aware of the Indian culture. All of their songs are filled with positivity and are picked exclusively so that it can help the people connect to God.
They have also tried a few Bollywood songs that have good lyrics and a sense of happiness. The idea behind the page and the concept is ‘To look East and not West’. Their parents believe that Indian Lok Geet are a beautiful way to spread happiness and hence, the choice of songs is always done on this basis.

Who did the audience show love to them?

Jiya’s father said that they are very lucky and By God’s grace, people are listening to his daughters with joy. They are getting a good response from the audiences especially in lockdown where all their videos are garnering 3 Million+ views on Facebook.

Who are their favourite singers?

Malini Awasthi is a favourite singer in folk, The great Lata Mangeshkar is one of their favourites as well, and their inclination is more towards traditional songs.

Have they decide what they want to become when they grow up?

Currently, this is just a hobby for both of them and is a part of their life. The twin singing sisters haven’t yet decided to choose singing as a profession yet. Spreading happiness is the main aim and they are effectively doing it.
Plus, both Diya and Jiya are excellent in academics as well and are always at top positions in their class. So, which position they will go to is not decided.

Diya Jha and Jiya Jha are winning hearts with their soulful voices. We wish them ‘All the Best’ for all their upcoming videos and future journey. 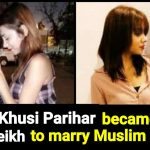 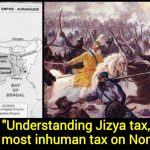