Aussie Prime Minister Scott Morrison displayed his cooking skills on social media when a picture of him holding a tray full of “ScoMosas”, which is an appetising deep-fried dish he claims to have made from scratch.

Scott Morrison also said that how he also made a mango chutney to go with the dish, which is popularly called as samosa in India.

Scott had recalled the Indian PM Narendra Modi, adding that it is a pity that their meeting this week in via video conference.

“Sunday ScoMosas with mango chutney, all made from scratch – including the chutney! A pity my meeting with @narendramodi this week is by videolink. They’re vegetarian, I would have liked to share them with him,” Scott Morrison’s post on Twitter read.

The tweet drew a lot of attraction on social media platforms and even Prime Minister Narendra Modi dropped an interesting response.

“Connected by the Indian Ocean, united by the Indian Samosa! Looks delicious, PM @ScottMorrisonMP! Once we achieve a decisive victory against COVID-19, we will enjoy the Samosas together. Looking forward to our video meet on the 4th,” Prime Minister Narendra Modi quote-tweeted Morrison’s post.

The Aussie Prime Minister was set to visit India back in January. But it was called off amid the raging bushfires in Australia.

The trip was rescheduled for May but due to the ongoing coronavirus outbreak across the world, it also got postponed. 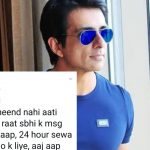 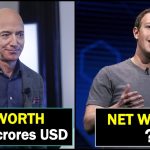