The ongoing coronavirus crisis has completely sabotaged the international calendar of several sporting activities all across the world. Popular games like cricket and football have been put to a halt because of the deadly outbreak. However, in Germany, Bundesliga matches are being played behind closed doors.

Earlier, cricket commentator Sunil Gavaskar told that playing behind closed doors is the last resort. According to Gavaskar, it would take at least four to five months for cricket to resume. Meanwhile, in this lockdown period, cricketers are chilling themselves by engaging with fans on social media.

Meanwhile, the cash-rich Indian Premier League (IPL) was supposed to start from March 29 this year but owing to Coronavirus outbreak after the worldwide lockdown, the 13th season of the cash-rich league was postponed by the Board of Control for Cricket in India (BCCI) for an indefinite period of time.

In this time, different IPL franchises started several innovation posts on social media to keep their fans engaged. Following the trend, Royal Challengers Bangalore (RCB) came up with a new and unique league.

To involve fans and followers, the the Bengaluru-based franchise commenced the Indian Poll League, which is a 55-day tournament based on fans’ opinions. The concept of the unique league was to put two teams in a competition against each other, and the winners were decided based on constant voting of fans’ polls.

The interesting thing is that just like IPL, this league is also comprised the playoffs with eliminators to pick the finalists and ultimately the winner.

After over 55 days’ of voting, the final saw a battle between Sunrisers Hyderabad (SRH) and RCB, where the latter side got the better of the former by 85% of votes.

“A big thank you to everyone who made RCB the champions of the #IndianPollLeague by voting consistently, every day for the last 55 days. In the final, #RCB beat #SRH with an incredible 8️⃣5️⃣% of the votes! Trophy,” RCB Twitter handle tweeted.

Nonetheless, just after the announcement of victory, Chennai Super Kings (CSK) hilariously took a dig at RCB by pulling the famous tagline of the Bangalore team. CSK used ‘Ee Sala Cup Namde’ which means ‘the cup is yours this year’ – a slogan RCB fans chant every IPL season.

CSK tweeted ‘Ee Saala Cup Umadey’ along with the picture of superstar Rajinikanth. 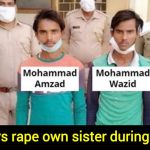