In a shocking development, China has developed the world’s first Artificial Intelligence 3D news anchor. The development took everyone by shock in the world.

Now, Beijing has once again caught the attention of the world by launching the world’s first AI 3D news anchor. Xinhua a Chinese news agency added an AI 3D news anchor to its lineup of virtual presenters reported the daily mail. The AI 3D news anchor named  Xin Xiaowei was jointly developed by Xinhua and search engine Sogou which is a Chinese technology company specialising in web search.

AI news anchor can imitate human voices, facial expressions, lip movements, and mannerisms using only text inputs, the company claims. According to Sogou, ”The 3D anchor is modeled on Zhao Wanwei, a real-life reporter for the news agency. Her digital counterpart is brought to life by “multi-modal recognition and synthesis, facial recognition and animation and transfer learning,” reported the daily mail.

The footage of the technologically advanced AI anchor was released on Thursday in which it was seen virtually presenter nodding her head in emphasis and blinking as she speaks during her debut at an animated broadcast studio.

Xinhua launched its first AI anchor in 2018 and had introduced four 2D digital newsreaders before bringing in the latest creation.

The USA has accused China of hiding the reality of COVID-19 outbreak from the world. As per the report, China’s President Xi Jinping appealed to Tedros Adhanom Ghebreyesus, director-general of the World Health Organization, to hide COVID-19 data from the world.

President Jinping personally asked WHO to hold back information about human-to-human transmission and delayed the global response by four to six WEEKS’ at the start of the COVID-19 outbreak, report claims.

The novel coronavirus, which originated in Wuhan, China, has affected millions of people across the world and claimed over 3.4 lakh lives so far. According to WHO, The deadly virus was first detected in Wuhan which is the epicentre of the virus in China. Since then, the dangerous virus has spread quickly from cities to cities and then throughout the globe. 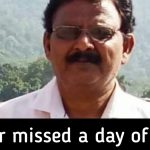 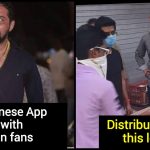