Rapid transit, also known as heavy rail, metro, subway is a type of high-capacity public transport which is usually found in urban areas. In this article, we will learn about Gurugram Rapid metro and Dubai rapid Metro.

Rapid Metro now has a total length of 11.7 kilometres serving as many as 11 stations. It should be noted that the system is fully elevated using standard-gauge tracks. Rapid Metro links the commercial areas of Gurgaon and serves as a feeder link to the Delhi Metro.

It is built and run by Rapid Metro Gurgaon Limited (RMGL). Interestingly, the system was the world’s first fully privately financed modern metro system.
It is worth mentioning here that the metro system was the first in India to auction naming rights for its stations.

Gurgaon Metro was originally planned to launch in the year 2012. However, the first phase of the system opened in 2013 while the second phase of the project started commercial operation on 31 March 2017. Delhi Metro is the operator of this particular system.

Talking about the frequency, trains operate from 06:05 AM to 22:00 PM. It is to be noted that as many as three-coach trains run at 4-minute intervals. Trains have a maximum speed of 80 km/h and run at an average speed of 40 km/h. The trains are comprised of three cars.

The first phase of the Rapid Metro Gurgaon Corridor was built at a staggering cost of Rs 1,088 crore and it is 5.1 kilometres long. Each train with 3 coaches costs over Rs 300 million (US$4.2 million) and is silver and blue in colour. The total length of a 3 coach train is approximately 59.94 metres (196.7 ft).

The coaches are 2.8 metres (9.2 feet) wide and have roof-mounted air conditioning as well. There are 4 doors on each side of each coach. Each train has a capacity of 800 passengers. Every day, the Gurgaon Metro has a daily ridership of more than 60,000 passengers.

As far as passengers’ safety is concerned, there are Emergency Stop Plungers installed at every platform, while the Blue Light Station special feature helps passengers to contact the Control Room in the need of the hour.

Moreover, a Press to Talk Button inside the coaches helps the passengers to talk directly to the driver, in the event of any issue.

On top of that, security in the Rapid Metro is being managed by a private security agency. This particular system has a dedicated Metro Police Station at Sikanderpur station, while a Toll-Free Helpline is operational for 24 hours. The metro is well-equipped with dedicated CCTV cameras which monitors trains and stations.

The Dubai Metro is a rapid transit rail network in the city of Dubai, UAE. Quite interestingly, the number 9 holds a massive significance for The Dubai Metro.

Although it was officially opened on 10 September, the first ride was on 9 September 2009 (9/9/09) by His Highness Sheikh Mohammed bin Rashid Al Maktoum, Vice President and PM of the UAE and Ruler of Dubai at 9.09 AM.

Dubai Metro was labelled the longest, driverless metro in the world in the year 2012. In its first year itself, over 30 million passengers used the Dubai Metro which was quite a remarkable achievement.

In 2013, Dubai Metro became the talk of the town after it hosted a fashion show. In the same year, precisely on 28 November, Dubai metro recorded the busiest day with as many as 530,395 passengers.

It has been learnt that more than 110,000 people, or say 10 percent of Dubai’s population, used the Metro in its first two days of operation. The Dubai Metro carried a staggering 10 million passengers from launch on 9 September 2009 to 9 February 2010 with 11 stations operational on the Red Line.

Until the year 2016, the Dubai Metro was the world’s longest driverless metro network with a route length of 75 kilometres (47 miles), as recognized by Guinness World Records in 2012.

Nonetheless, its total route length have since been edged past by the fully automated driverless Vancouver SkyTrain and Singapore MRT. Despite that, the Red Line, at 52.1 kilometres (32.4 mi) still remains the world’s longest driverless single metro line.

The Dubai Metro will generate a staggering $63 billion for the cities economy by 2030 as per a joint study by Dubai Roads and Transport Authority (RTA) and the UK’s Henley Business School.

The study also estimates the accumulated benefits of the Metro between 2009 and end of 2016 at $18 billion as compared to the accumulate capital and operational costs of about $11 billion, “i.e. the cost-benefit ratio reached 1.6 by the end of 2016.

“This means that every dirham spent on the Dubai Metro has yielded a return of 1.6 dirhams to the economy of the Emirate in 2016, and this return will shoot to 2.5 dirhams and 4.3 dirhams in 2020 and 2030 respectively.” 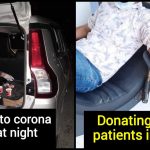