Former Indian President Neelam Sanjeeva Reddy was the sixth President of India. He was born on May 19, 1913, in Anantapur district, British India into a Telugu-speaking Hindu family. He came from a respectable and well-to-do family.

Sanjeeva Reddy held various important positions in the Congress and became a member of the Andhra Provincial Congress Committee. But he later resigned from the Congress Working Committee. Today we have brought you some interesting facts about this great individual.

Neelam Sanjeeva Reddy was the youngest President of India and remained in the office of the President from 1977 to 1982.

Reddy developed leadership skills at an early age. He dropped out of college to join India’s freedom movement. He participated in the ‘Quit India Movement’ launched by Mahatma Gandhi.

Reddy actively participated in the Civil disobedience movement in 1931 and was jailed several times between 1940 and 1945 for raising his voice against the British.

After being released from prison, Sanjeeva emerged as a leader of Congress. He remained secretary of congress for 10 years.

Shri Sanjiva Reddy was married to Shrimati Nagarathnamma on June 8, 1935. The couple had one son and three daughters. In 1947, he became a Member of the Indian Constituent Assembly.

He also served as Speaker of the ‘Lok Sabha’ and as a minister in the union cabinet.

He was elected as the sixth President of India unopposed in 1977 and served until 1982.

Sanjeeva Reddy lost his five-year-old son in a motor accident. This shocked him so deeply that he resigned from the APCC Presidentship. later, he gave up politics on the death of his son. However, he was later convinced to withdraw his resignation.

Meanwhile, Sanjeeva Reddy suffered the sting of losing the seat in the Lok Sabha election. Thereafter, he devoted his time to agriculture, which has always remained his first love.

In 1977, Sanjeeva Reddy was elected speaker of Lok Sabha. Sanjeeva became the sixth President of India at the age of 64. He became a source of inspiration to many. 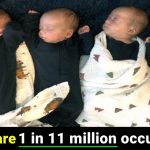 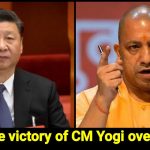