Arokiaswamy Velumani was born to a landless farmer in 1959 in a village in Coimbatore, Tamil Nadu and it was definitely not his fault to have been born poor. Instead of making lame excuses or cursing his fate for frugal life, he made up his mind to build a better self in all aspects.

From being a landless farmer’s son to building a Rs 3,300 crore empire, Arokiaswamy Velumani’s journey has had unexpected twists and turns. He looked at life with a different perspective, in what was an important stepping stone to success. Let’s find out how he managed to defy all odds to relish the taste of success.

Arokiaswamy Velumani was one among four children in the family that fought for survival in tough times. Velumani’s mother was the sole breadwinner as she took the prime responsibility of supporting the family on herself, buying 2 buffaloes.

The family earned Rs 50 a week by selling milk, in what helped the family for the next 10 years.

Growing up in a village where education is hard to find, he then moved out only to find better infrastructure. Back then, youths had a different motivation to attend college i.e. to find a dream fair-skinned girl and to marry her.

In a conversation with Rediff, he revealed, “In those days in our village, only boys who were graduates could hope to marry a fair girl,” he said.

When he was 19 years old, he did his graduation (BSc degree) but could not able to get a decent job. After a wait, he found himself at Gemini Capsules which is a small pharmaceutical company in Coimbatore, for a paltry salary of Rs 150 a month.

Velumani also remembers how he used to retain Rs 50 for self-usage and telegram the remaining to his parents. After nearly spending four years at the company, he quit his job to join Bhabha Atomic Research Centre in Mumbai.

In his childhood, Arokiaswamy Velumani used to walk barefoot. Sadly, he didn’t have trousers to wear as well. “My parents were very poor. They never had the luxury of buying me a pair of chappals (sandals) or trousers. I was born at the bottom of the 10 slices of the pyramid. It wasn’t easy. But today, I am at the top of the very pyramid,” he said to Quartz Media.

Soon Velumani tied the knot with Sumathi who is an employee at the State Bank of India. Soon after his marriage, he made up his mind to pursue a PhD in thyroid biochemistry and then he launched Thyrocare with a starting investment of Rs 2 lakh.

Today, one of his four brothers is now the Chief Financial Officer at his company, managing all financial activities. Velumani’s wife, whom he calls his lucky charm and pillar for life, manages the HR department of the business.

In May 2016, approximately 100 days before his initial public offering reached out to market, the company made its debut on Indian bourses, with an overall estimation of Rs 3,377 crore ($505 million). Today, he owns a 64% stake in the company, which makes him worth at least $323 million, as per reports by Quartz Media. This is called Success!

The company, which claims to be the largest thyroid testing enterprise in the world, has its outlets in countries like India, Nepal, Bangladesh, and the Middle East. Interestingly, it also runs one of India’s largest networks of health diagnostic labs, dealing with over nine million samples and conducting over 30 million medical tests each year. 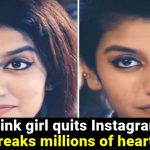 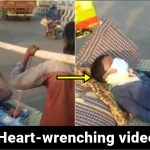