She is famous in the USA because she appeared in American Television Series – Quantico, a thriller drama series was most-liked by the viewers. Besides being a good actress in the shooting sets, she is known for singing songs as well. The ones that caught attention were In My City ft, Will.I.am Exotic ft, Pitbul -I can’t make you love me.

Ushna Shah has become one of the glorious and brightest faces in the Pakistani drama industry and that too in a very short span of time.

She has also been a part of some hit Lollywood movies including the likes of Teri Meri Love Story and Punjab Nahi Jaungi.

Deepika Padukone is one of the richest and prominent actresses in the Bollywood film industry. She is placed eighth on our list.

She is one of the very few actresses in the Bollywood film industry to give hit movies since her arrival on the grand stage. She tied the knot with Ranveer Singh who is also one of the top Bollywood actors.

The ever-so dazzling Alia Bhatt is ranked seventh on our list of sexist women of Asia. She established herself as one of the finest actresses in top Bollywood movies and she gained fame in a short span of time.

She has been a part of notable hit films including the likes of Gully Boy, Highway, and Dear Zindagi.

Nidhi Sunil hogged the limelight when she starred in American documentary film Nude. It is worth mentioning here that she is the previous recipient of India’s Model Of The year award. Nidhi Sunil has also featured in Yo Yo Honey Singh’s music video Makhna.

Pakistani actress Mehwish Hayat is placed fifth on the list. She is considered by many as the best actress as she will be seen in every hit Pakistani film.

She kick-started her career from modelling Mahewish Hayat is one of the most renowned actresses of Asia.

The Raees actress kick-started her career as a VJ. Mahira Khan used to host music shows and today she is now the highest-paid Pakistani actress and endorses many renowned beauty brands globally. She has featured in numerous Netflix shows.

Barkha Singh is recognised by many as the next face of Indian drama industry. She has featured in many commercials of many good brands including Cadbury, Coca-Cola and Clinic Plus. Besides that, she is working with FilterCopy and many other social media channels. She also featured in Bollywood film, House Arrest.

There are crazy movie geeks in Pakistan and there is no doubt that Eman Suleman has become the national crush of Pakistan. It’s been just 3 years when she started modelling and she is continuously working in some hit projects.

Her recent movie identified as Zindagi Tamasha has not been released owing to threats from Islamic groups but the movie went on to receive several awards from America and Europe.

There is no hiding from the fact that Disha Patani is the hottest diva in Bollywood film industry. She has a beautiful smile, possesses good physique and body. To put in simple terms, she is one of the sexiest actresses and is placed first on the list. 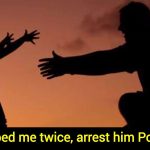 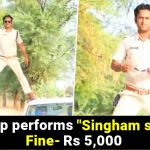